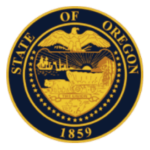 SALEM, OR — Today, Secretary of State Dennis Richardson announced an administrative rule change to empower grassroots petitioners who are filing ballot initiatives. As it stands today, opponents of a ballot initiative can manipulate the initiative process by challenging ballot titles in court for the sole purpose of delaying signature gathering. Often this results in delays of 2-3 months or even more, which is especially burdensome for grassroots petitions that do not have the resources to hire a signature gathering service. This new grassroots petitioning rule will allow petitioners to continue gathering signatures on the official sponsorship templates while a ballot title is being written and challenged in the courts, thereby giving activists more time to gather signatures and avoiding a gap of several months in the signature gathering effort.

“Grassroots petitions empower Oregonians to hold their government accountable,” said Secretary Richardson. “I promised to make participating in our democracy easier for the citizens of our state. Since ballot initiatives are a key tool for direct democracy in Oregon, I am committed to making the process fairer, more straightforward, and less vulnerable to manipulation.”

The problem of using court challenges to delay signature gathering on petitions was identified by Independent Party of Oregon co-Chair Dan Meek, a Portland attorney who frequently works on grassroots petitions and serves as legal representative for the Progressive Party of Oregon.

“The grassroots petitioning rule will make it easier for Oregonians to exercise their right to participate in the democratic process by signing initiative petitions,” commented Dan Meek. “It will help prevent powerful special interest groups from delaying the opportunity to gather signatures for several months, whether or not the ballot title written by the Attorney General is accurate and impartial.”

This rule should reduce court costs by removing the incentive to file lawsuits solely to obstruct and delay the signature gathering process. This change will apply to any signatures turned in after the rule takes effect, so grassroots petitioners can begin gathering prospective petition signatures on the official sponsorship templates this summer.