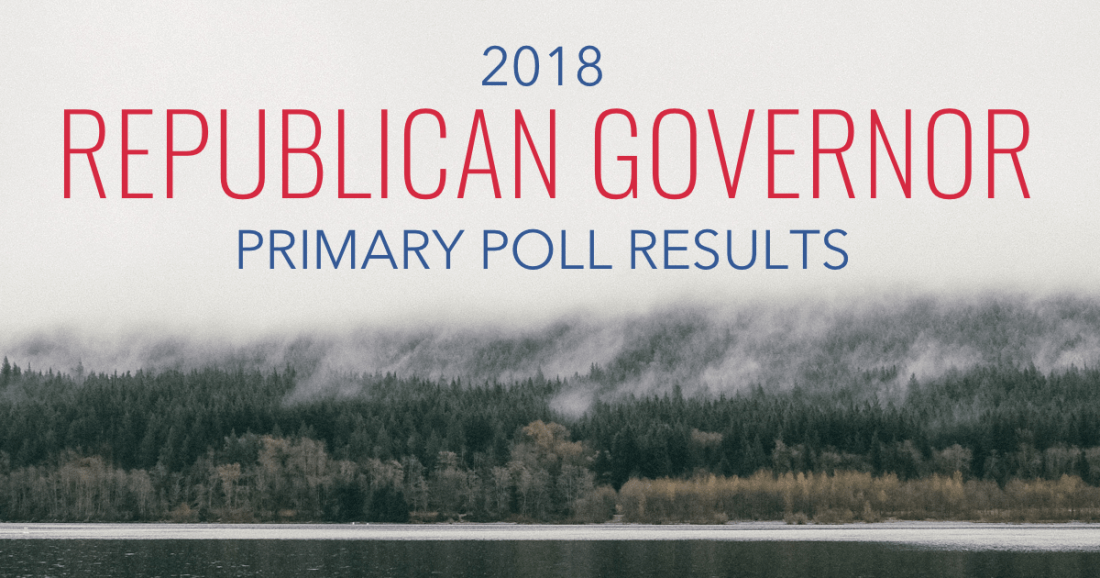 From June 9th to June 18th, Oregon Catalyst conducted an online poll of 500, self-identified Republican voters. The goal of this poll was to see how Republican voters currently feel about the gubernatorial primary election that occurs in May of 2018. It is likely that the winner of that election would challenge Governor Kate Brown in the November election.

If the 2018 Republican Primary Election for Governor of Oregon were held today, for whom would you vote?

This field is much more divided than we anticipated it’s quite early even for primary season, which means there is plenty of time for voters to make up their mind. No one is running away with the nomination at this point which means anyone who can raise the money to get noticed has a chance to win.

As Oregon’s most senior Republican in state government, Dennis Richardson is an obvious choice to run. He has high name ID, fundraising power, and is the only potential candidate who has won a statewide general election. Richardson performs best among Republicans in Southern Oregon (receiving 44% of vote there) who are most familiar with him because he was a state representative in the areafor many years. He also does best with 55+ voters. We did expect him to run away with it more than he did. It’s possible that some Republicans feel he should should remain Secretary of State for the rest of his term before seeking higher office.

Bill Post has been continually raising his profile (especially online) ever since he was elected to the Oregon House. He has been semi-publicly considering a run for Governor over the last several weeks. Post performs best in the Mid-Willamette Valley region (receiving 39% of votes from that area).

It makes sense that Bud Pierce is in the top three. Although he didn’t win, Pierce put together a statewide campaign after winning a competitive primary in 2016. His name ID is likely to still be fairly high from his 2016 run. Pierce doesn’t win any particular subgroup but does perform moderately well in most of them.

Buehler has run for statewide office before. He ran against Kate Brown for Secretary of State in 2012. If he wins the primary, he would likely have a rematch on his hands. Buehler is in the top two with voters in Central Oregon. He also gets high marks with voters 18-34 and moderate Republicans.

Lori Chavez-DeRemer is the mayor of Happy Valley and only narrowly lost a race for State Representative in 2016. She is currently exploring a run for Governor. She does best among Tri-County Republicans (receiving 21%). Her highest marks come with voters 18-34. Here DeRemer gets 35% of young voters. She is nearly tied with Buehler in the top two among Moderate Republicans (she has 20%, Buehler has 19%). Theyu would likely split the vote among moderates if they both entered the primary.

Alley and Carpenter haven’t announced intentions to run in 2018. It’s likely their poll numbers are suffering because of that. Every other potential candidate has recently received at least one headline in the media.

Methodology
We weighted the poll to match (as closely as possible) turnout for a statewide election. It is likely that the readership of Oregon Catalyst is informed differently than the broader Republican electorate in Oregon.

In the interest of full disclosure, the listed (potential) candidates promoted the poll to their followers on social media. It is likely this influenced the results. It’s difficult to determine how much.

We think this poll is more accurate than a straw poll but still less accurate than a traditional poll conducted via telephone. Below you can download the full crosstabs to evaluate the poll for yourself. We collected additional data from the poll that we will be releasing later in the month. If you have any questions, please email [email protected].