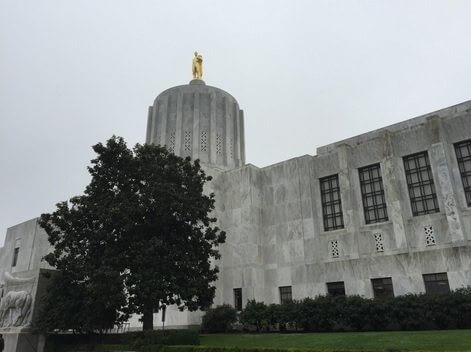 Governor Brown is at it again. In the works is another new, monstrous tax. A new $600 million dollar per year tax to grow even larger in subsequent years. (Quick calculation: that is $150 per year for each man woman and child in Oregon) It will be sold as a “Cap and Trade” carbon tax.

A straight tax on Carbon would apply across the board to all emissions and could come with an offsetting check back to the public who for paying higher prices because of the tax.  No such luck here. The administration would pass out the carbon limits to individual companies and tax them for any excess over the limits. In effect decide who pays how much, which is expected to be $600 million the first year. It could be a repeat of the Energy Tax Credits disaster but on steroids and the taxpayer would pay through the nose, again.

Carbon taxes have been criticized for impacting the low income earners the hardest making it an unfair tax in many lower income taxpayer’s eyes.

This carbon tax may arise during the special February Legislative Session which is a shorter Session and faster.  The faster Session leaves the public with less time to examine details of the tax and less time to have a public debate.   This tax plan comes with many ideas, benefits and consequences, but it may be too late to find out what they are during the February Session.