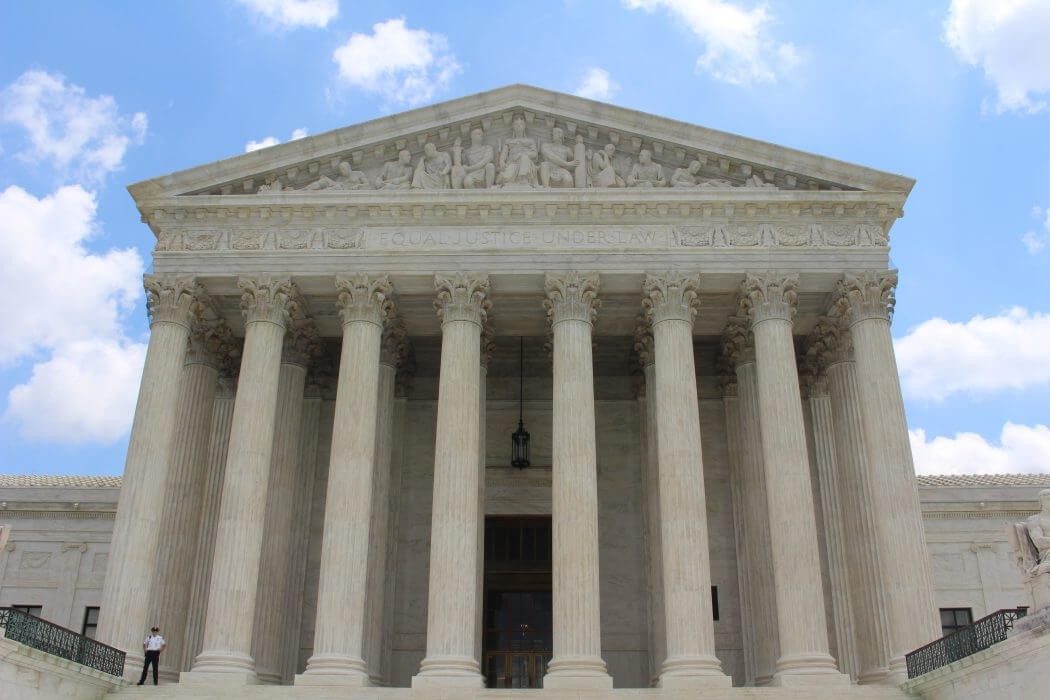 The Supreme Court’s current docket has a number of interesting cases, but there are two in particular that could cause a seismic shift in the landscape of Oregon politics.  Now I am not saying that Oregon is going to instantly flip over to being a red state as soon as these rulings get passed down, but they could go a long way in eroding some of the institutional advantages that help Oregon Democrats hold onto their power.

First off we have Gill v. Whitford, the partisan gerrymandering case coming out of Wisconsin.  In my January 26th article All About Redistricting, I wrote about how national Republicans were able to take the electoral success from the 2010 Tea Party wave and use it to draw some very favorable maps following the most recent census.  Well here in Oregon following the 2010 election Democrats still controlled the Governorship, the Secretary of State’s office, the Senate, and half of the House of Representatives.  So while Republicans in other states were able to draw lines favorable to them, here in Oregon, Democrats were able to do the same thing.  Democrats will say that this last bout of redistricting passed with bipartisan support, which is technically true because House Republicans were forced to play ball for fear of letting then Secretary of State Kate Brown draw the maps.  In practical terms, however, the current electoral districts have been very good to the Democrats.  Since this last round of redistricting Democrats have taken a number of seats from Republicans and Republicans have only been able to take one single seat that was held by a Democrat prior to the election and that was Alan DeBoer winning in a special election following the death of Senator Alan Bates.

Gill v. Whitford could change the way states are allowed to draw political districts going forward.  Right now there really isn’t a national legal test or standard that would cause legislative maps to be struck down as unconstitutional.  The court could very well say that while they don’t know what the line is that would constitute illegal gerrymandering, much like with pornography, “they know it when they see it”. On the other hand, it is possible that the court sets a precedent that establishes a clear test of what would be considered illegal gerrymandering and whatever proposed plan comes about following the 2020 census would have to live up to that standard.  Given the current political circumstances, this is one of those strange situations where what is good for Republicans in Oregon would be bad for National Republicans and vice-versa. The prospect of more fairly drawn districts here in Oregon could really open up some opportunities for political change.

The other big case before the Supreme Court is Janus v. AFSCME, which The Oregon Catalyst’s own Larry Huss wrote about this week in his article “Public Employee Unions Are on the Wane” so feel free to read that article to get more of the legal background on the case.  Should the High Court and our new Justice Neil Gorsuch pass down a ruling that essentially implements a “Right to Work” policy nationwide it would be a game changer here in Oregon. Since Wisconsin passed a law doing away with collective bargaining for public employees Wisconsin unions saw membership drop around 40%.  Let’s assume that Oregon public unions are more popular and they only see membership drop around 25%, that is still a giant chunk of money when you are the undisputed biggest political players in the State of Oregon.  Should union dues become optional you will see a significant chunk of public employees leave, some because they disagree with the public unions ideologically, but I would guess many more just because they want to keep more of their money.  While union representatives can try to downplay the effect that the Janus case could have on their organization, in the long term a conservative ruling would divert millions and millions of political dollars away from the (primarily Democratic) causes that they would otherwise go to.

Of all of the structural advantages that Democrats have in Oregon, the four largest are the control of government and the redistricting process, stable funding through public sector unions, superior political organizing, and a sympathetic media. Depending on how the Supreme Court rules this term we could see a dramatic wind shift in at least two of those.