When I have the time, I enjoy a good conversation on social media. I don’t call people names. I keep it civil, but I love to lock horns with someone and take them to the mat, socratically isolating their premises from their conclusion. Sometimes I ask rhetorical questions, but mostly I just ask clarifying questions to follow their reasoning wherever it takes us.

Earlier this year I had that kind of an interaction with a Pacific Green Party acquaintance of mine. I first met Seth Woolley at a Cascade Policy Institute event, which is a testament to how broad Cascade’s audience can be. A great discussion about global warming that night led to a Facebook friendship followed by more good conversations. Indeed, I even wrote about his perspective on redistricting right here on the pages of the Oregon Catalyst.

When I posted the Catalyst piece I wrote about the game theory of fare evasion on MAX, it led to a sprawling conversation that concluded with him being quite frank about the full implications of the worldview with an approach to transportation policy is decidedly anti-automobile.

If I were to say his vision of a good transportation system resembles a third-world country, that would sound like a straw-man argument, but if you read this conversation of ours carefully you’ll see that arguments made of such straw sometimes exist in Oregon’s political culture: 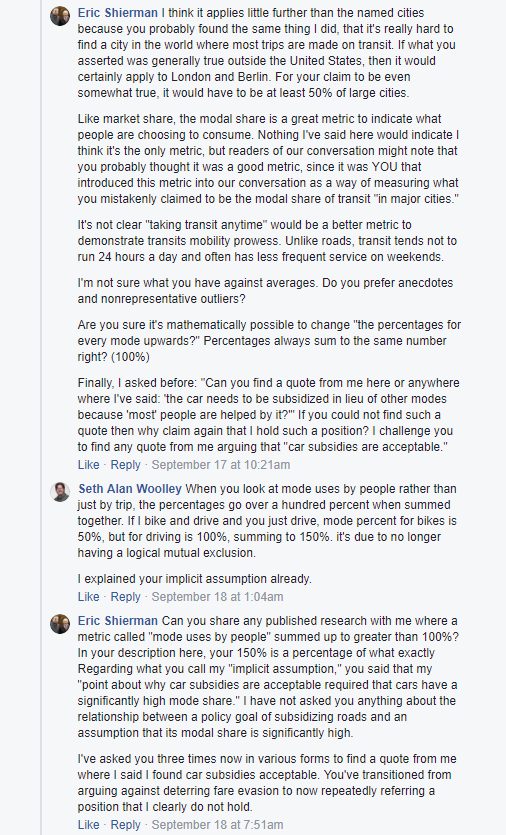 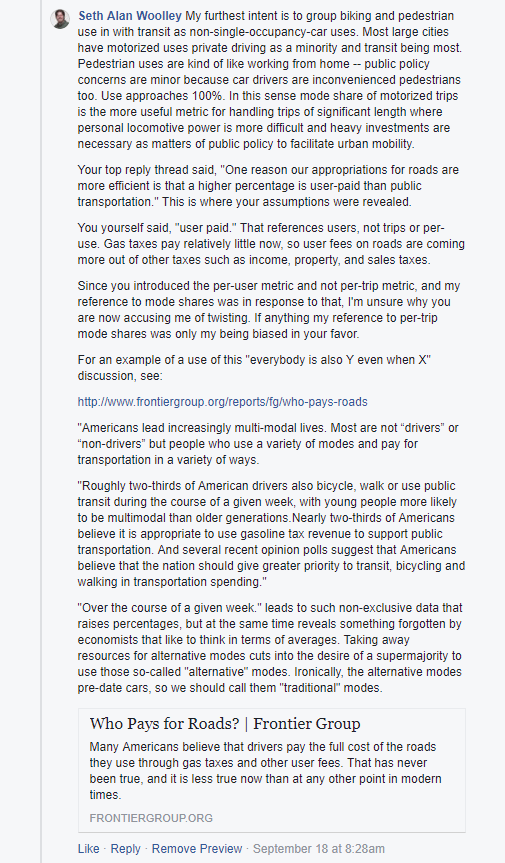