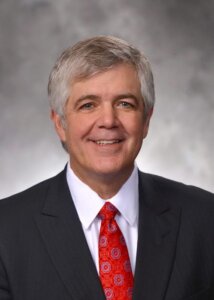 Representative Cliff Bentz was appointed by a vote of Baker, Deschutes, Jefferson, Lake and Wasco County Commissioners, and the Grant, Harney, Malheur and Wheeler County Courts to serve as State Senator for Senate District 30. He will fill the remainder of former Senator Ted Ferrioli’s term in office. Ferrioli resigned after being appointed to the Northwest Power & Conservation Council by Governor Kate Brown.

“The Senate Republicans are excited to welcome Representative Bentz to our caucus,” said Senator Jackie Winters (R-Salem). “Rep. Bentz will be a tremendous addition to our team, and I look forward to working with him in the sessions to come.”
Rep. Bentz has served in the Oregon House of Representatives since 2008, and is a rancher, farmer, and attorney.