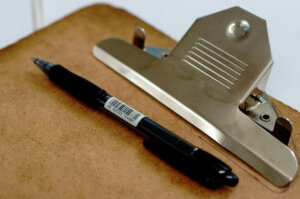 Welcome to Part 2 of our Oregon Voter’s Guide to the 2018 Initiative Petitions. Let’s jump right into where we left off.

This is your typical “stick it to corporations” measure that would provide no actual service to Oregonians other than ammunition for corporate shaming. This would require publicly-traded corporations to disclose their state taxes and make them available for all to see. Fines up to around 1 million dollars could be placed on companies that did not comply with this new requirement. Last I checked the Corporate Accountability and Transparency PAC supporting the measure had raised $1,927.00 this year, all in in-kind donations mostly from Our Oregon, Defend Oregon and SEIU. Our Oregon has the experience and infrastructure necessary to get measures onto the ballot, so this one is definitely worth tracking. To save time I have a quick test I like to apply to all ballot measures, if Our Oregon is for it, I am probably against it.

Anyone who has followed the tax fights in the Oregon Legislature is familiar with how much the three-fifths requirement to raise taxes has been watered down. If enacted this proposal would more clearly define the situations in which a 3/5ths vote would be necessary, expanding the requirement to situations where it is not currently being applied. So if you want to make it harder for the legislature to raise your taxes and are sick and tired of the state implementing new and new fees, then you should seek out and sign IP 31. The A Tax is a Tax Committee backing the measure has already racked up $131,240.53 in expenditures. The PAC has spent $40,000.00 on polling from American Strategies, and $36,000 on petition circulators from Ballot Access LLC. Groups like Oregon Beverage PAC, Oregon Business and Industry Issues PAC, Oregon Realtors Association, Oregonians for Affordable Housing, and other business groups have made contributions to the effort. With these kinds of resources supporting the initiative petition, it is very likely that we could see this one on the ballot in November. Our Oregon has already come out as opposing the proposal, so buckle up and get ready for a ballot fight on this one.

This is essentially a Right To Work proposal that would allow public employees to decide whether or not to join a union. The Your PayCheck Your Choice PAC supporting the measure has $12,295.26 in expenditures mostly to Ballot Access LLC and the Gibson Law Firm LLC. Given the expected Supreme Court Janus decision, this proposal could end up being a moot point anyway, but would make for a massive ballot measure fight should Janus not go the conservatives way and IP 24 were to make the ballot.

This proposal would institute a government spending limit and require excess revenues to be put toward paying down the unfunded PERS liability. If you think that is the proper way to address the PERS liability, then make sure to track down and sign IP 26. The Keep Our Promises Committee PAC supporting the petition has spent $15,712.70 so far and has $292.35 currently on hand. It looks like a large chunk of the money has been shifted over to the “A Tax is a Tax” committee supporting the 3/5th requirement to raise fees measure.

Personally, I find this to be the most interesting ballot measure being circulated. This measure would amend the Oregon Constitution to prevent any kind of taxes on groceries, making it more difficult to implement a gross receipts tax, sales tax, or other kinds of taxes on groceries from both State and local governments. This seems like a preemptive strike on behalf of grocery retailers to protect themselves in case a gross receipts tax passes through the legislature or to protect themselves in the event of another Measure 97. Additionally, it would run ahead of the Soda tax being kicked around in Multnomah County. The Yes! Keep Our Groceries Tax Free! The committee supporting the measure currently has raised $1,300,892.94 mostly from big grocery retailers like Kroger, Safeway/Albertsons, and Costco. All of those groups were big funders in the fight to defeat Measure 97. While this measure might be political genius on behalf of the big grocers, it has to have other members of the anti-tax coalition a little bit worried that they could be losing key members from future tax fights.