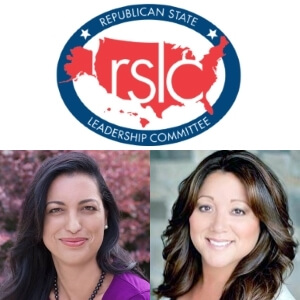 “We applaud this well-deserved national recognition for two candidates who represent the very best of the Oregon GOP,” stated Oregon GOP spokesman Kevin Hoar. “This is not only a acknowledgment of the quality of both Jessica and Lori as candidates, but also highlights these races as hot opportunities for victory in November.”

Jessica Gomez made this statement:

“I believe Southern Oregon has infinite potential. I’m proud to represent our region and its values of family, community and hard work.”

Lori Chavez-DeRemer released the following quote after being chosen for the list:

“I want to thank the RSLC for including me on their list of Races to Watch in 2018. I’ve always been in support of electing more diverse and young Republicans to office that can offer innovative ideas to the party platform. As the first ever Latina and female Mayor of Happy Valley, my hope has been to inspire other young women that they can also run for office. I am humbled by their support and the accolade is indicative to the momentum our campaign is seeing this year. All eyes are on our race as House District 51 becomes the last stand of a Democratic House Supermajority in Oregon.”

About the RSLC
The Republican State Leadership Committee (RSLC) is the largest caucus of Republican state leaders in the country and the only national organization whose mission is to elect Republicans to multiple down-ballot, state-level offices. Since 2002, the RSLC has been working to elect candidates to the offices of lieutenant governor, secretary of state, state legislator, the judiciary and other down-ticket races. After Election Night 2017, state-level Republicans maintain 67 of 99 legislative chamber majorities in red, purple and blue states, hold 31 lieutenant governor seats, and control 30 secretaries of state offices. To learn more about the RSLC, please visit www.rslc.gop or follow @RSLC on Twitter.

The Oregon Republican Party is the state’s arm of the Republican National Committee. Its Chairman and officers are dedicated to preserving and advancing Republican principles within the state of Oregon and to improving the lives and livelihoods of Oregon’s working families through economic freedom and equal protection under the law.