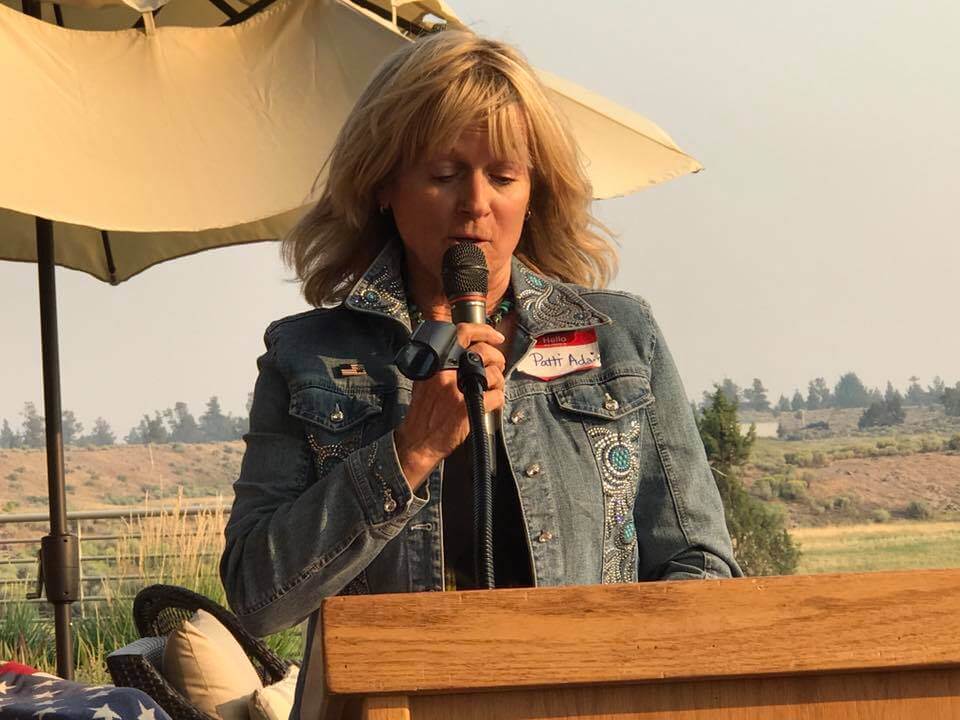 I’ve been invited back to speak to the Redmond Patriots on Monday, this time about immigration. Last year I was on a tax policy panel where I met Patti Adair, chair of the Deschutes County Republican Party. In discussing last year’s tax bill, Adair’s role on the panel was to point out that the biggest tax reform since 1986 disappointingly left the marriage penalty intact.

Adair is as loyal a member of the Grand Old Party as they come, but her years of activism against the way the federal tax code disincentivizes marriage is a source of much frustration for her. “It still exists in our tax code!!! And republicans wrote the code” she tells me. “What are they thinking? Marriage needs all the support it can have.”

Today being the anniversary of the day I married my wife, now is as good of a time as any for me to look into this. I’ve long been curious as to how exactly the tax code penalizes matrimony, since it does the opposite for me. By getting married, I moved down to a lower tax bracket. Far from a penalty; I have enjoyed a marriage bonus. That’s because my wife does not work. If she did, and made my level of income, we’d face higher marginal rates than if we were single.

Take a look at the brackets for the current tax year: 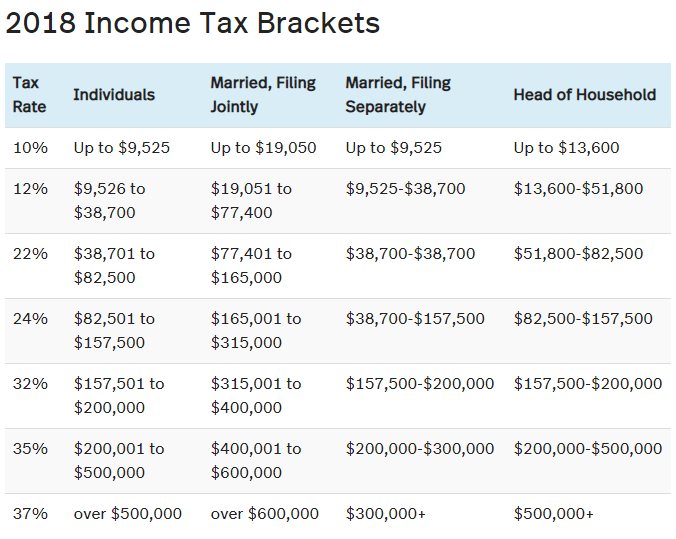 Notice how being married stretches out the interval between brackets. If you make $90,000 in taxable income as a bachelor, and have a girlfriend that does not work, you pay 24%. Marry the girl, and you go down to 22% by filing jointly. The upper end of the 22% bracket doubles from filing as a single individual to filing jointly with your spouse.

As you move up in brackets, the difference between the individual rates and the married, filing jointly declines. If both companions work, there is little recourse from being married or filing separately. The threshold for married, filing separately brackets are lower than filing as single individuals. This makes wealthy conjugation pay more in taxes than cohabitation.

I share Adair’s concern. What policy goal does this tax structure try to achieve? I prefer a flat tax, but I’ve at least heard arguments for taxing the rich more. Why incentivize affluent people to stay single? Why subsidize single income households? The tax code doesn’t just discourage marriage; it probably deters some labor force participation. Who lobbies to keep this?