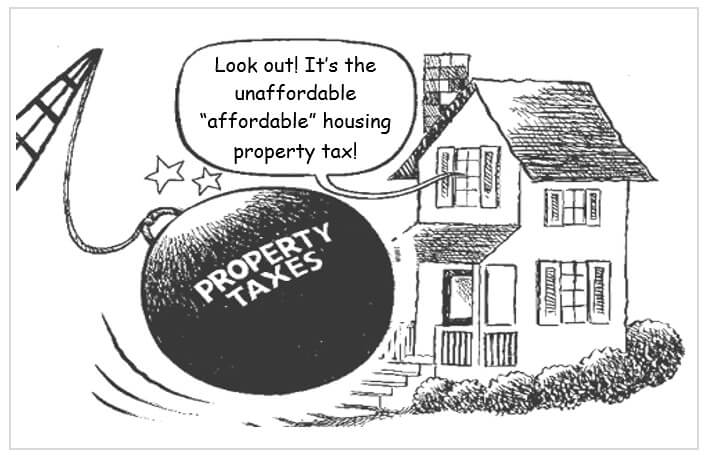 1. Oregonians already live in the top 10 highest tax states in the nation.

3. Did you know, Metro is one of the ONLY regional governments in the entire nation? It is a $660 million bureaucracy that doesn’t exist in other states. The Oregonian Editorial Board said of Measure 26-199, “Metro’s involvement means adding a new layer of bureaucracy.” (6-10-18).

4. New slush fund could spend on anything but affordable housing. Buried in the text of the measure, Metro hints that some of the money, “without limitation” would be spent on “grocery, coffee shop, … and other commercial, office and retail uses.”

5. Sky-high Price Tag. Metro estimates it will cost $225,000 per apartment unit which is nearly DOUBLE what many private developers say is needed to build simple affordable apartment units.

6. Metro has no experience building affordable housing. You’ll be writing them a $652 million blank check.

7. Metro’s long history of financial mismanagement. The Oregonian stated, “A 2016 audit exposed serious defects in how the agency manages its planning and spending on capital projects…the audit concluded that managers moved capital projects along without adequate planning or approved budgets. They overspent without going through channels for approval, misreported expenditures” (6-24-18).