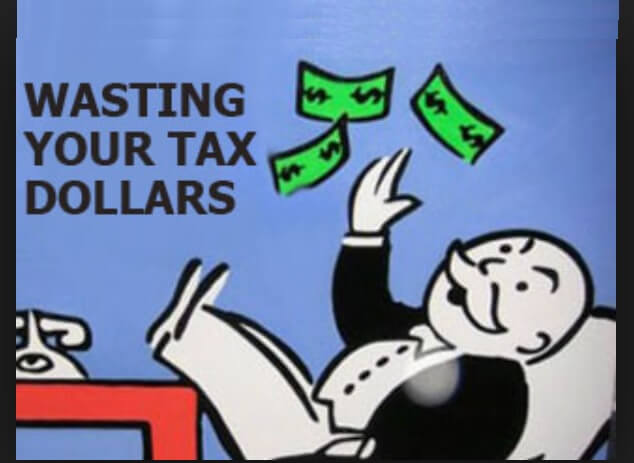 $58M boondoggle reason for No on Measure 26-199, Measure 26-201
By Taxpayer Association of Oregon
OregonWatchdog

$58 million of our tax dollars wasted on the Portland Wapato jail that was built but never housed a single criminal (Oregonian 6-6-18). Multnomah County just sold it for $5 million. That is a $53 million loss of our taxpayer dollars.

How can the politicians manage $650 million of affordable housing (Measure 26-199) when they can’t even manage to get a sitting jail to operate?

How can Portland expect businesses to fork over $30 million (Measure 26-201) when they just wasted nearly twice that amount $58 million on the Wapato jail boondoggle.

Where is the accountability? Where are the example that they have learned form their mistakes?

The Taxpayer Association urges a No vote on the $600 million Metro Tax Measure 26-199.

The Taxpayer Association also urges a No vote on the $30 million Portland gross receipts tax on businesses Measure 26-201.

— You can help us defeat Measure 26-199 and Measure 26-201 by emailing this article, Tweeting it, Facebook Liking it or printing it out to share with others. Spread the word about Portland’s $58 million boondoggle.

— You can also keep our efforts alive and kicking with a donation (tax credit, charitable tax deduction options available)