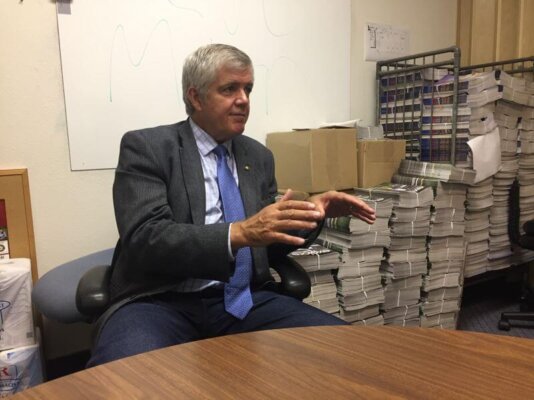 It’s a waste of time to argue about the existence of climate change. The planet is warming, he said, and we need to adapt. His worry is that a cap-and-trade system won’t work. “There is going to be a cap and trade bill,” he said. “I can’t stop it. I’m at the table trying to make the package less damaging to Oregon.”

Here are three specific goals for him to target his efforts:

When Oregon Democrats argue against these three points, you can quote William Nordhaus in your defense, the 2018 winner of the Nobel Prize in Economics. There are many people in this state who would never even think of voting for a Republican but who still would prefer a more rational carbon policy than the disastrous proposal from the last legislative session.