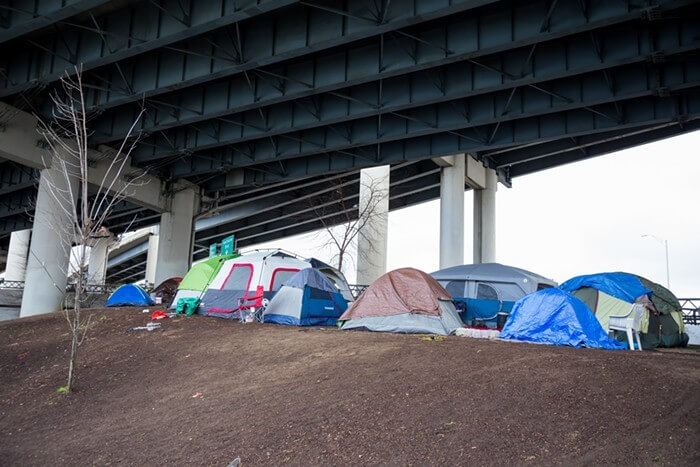 Oregon’s cap and trade bill is being sold not as a worthy tradeoff, but as an inherent boon to the economy in and of itself. The sales literature is a study by the consulting firm Berkley Economic Advising and Research commissioned by the Governor’s Carbon Policy Office. Known as the BEAR Report, it frustratingly doesn’t show its math, but it contains some strange results that make one wonder about its hidden methodology.

For example, they predict this bill will raise Oregonians’ incomes. As is often the case for anything that lifts household earnings, the higher your income the higher the benefit, and their results are largely congruent with that: 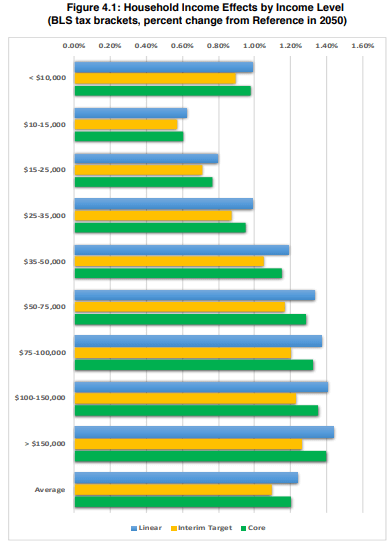 For some reason, their research shows the poorest of the poor will benefit more than other low-income households. But that’s not how the BEAR Report describes their results. They say: “Salient features of these results include the fact that the lowest income groups benefit significantly. This is because energy costs are a larger percent of their incomes.”

Look at those brackets carefully. The income group that benefits the least is the $10-15,000 bracket. That’s mighty poor. The next one up, if it were full-time employment would be at an hourly rate lower than Oregon’s minimum wage. It too benefits less than higher income brackets. So why did the BEAR Report use the plural in claiming that it’s “the lowest income, groups” that see a significant benefit?

It’s just that bottom group that stands out, households that make less than $10,000 a year. That’s the homeless among us.

What kind of methodology shows they benefit significantly more than other poor Oregonians that only make a few thousand dollar more? There is an intuitive curve from the highest to the lowest income, with diminishing marginal benefit, but then the BEAR Report claims, the people who don’t even have electricity benefit more because “energy costs are a larger percent of their incomes.”

Weird results like these are a red flag. What’s really driving that discontinuity? The Oregon legislature should not vote on this bill until the BEAR Report’s math is publicly vetted.