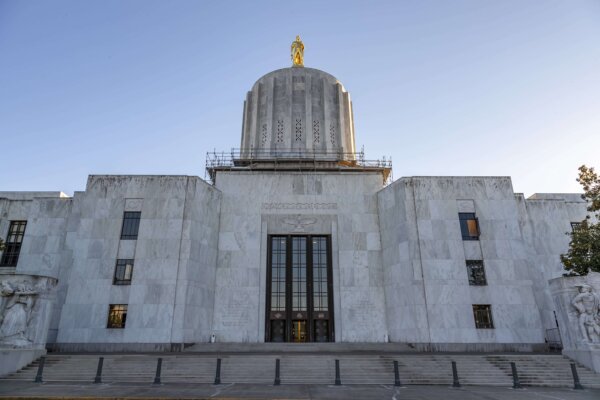 While I was at the Dorchester Conference over the weekend, I had the opportunity to interview Kim Sordyl for my podcast. She was appointed by Oregon Secretary of State Dennis Richardson to be his representative to the Oregon Board of Education.

Kim is an activist and mom who has done battle with Portland Public Schools to force more transparency and more protection for abused kids. Kim resigned from her position at the Secretary of State’s office on Friday, April 12, and has some very disturbing reasons why.

She and I peel back more layers of the onion, and she makes some very pointed accusations about the new Secretary of State, Bev Clarno. We discuss how administrators and the teachers unions conspire to protect teachers accused of abusing kids in Portland Public Schools. She also gave me a scoop about a paraeducator who is known to have molested a disabled child, based on a six figure settlement paid out by PPS, and will be back in the classroom very soon with other disabled children.

Meanwhile, as sex abuse reports come in on a daily basis, the Chair of Oregon’s House Education Committee works with the unions to deny that a problem exists at all. Kim tells me that at every level of government, abuse is being swept under the rug. This is an explosive interview, and we packed a lot in to a half hour. In exasperation, Kim tells me, “Public employees get to rape children. Period.” This is a MUST LISTEN.

You can find Behind the Curtain with Jeff Reynolds on Google podcasts, Apple Podcasts, Spotify, or at anchor.fm/BehindTheCurtain.

Jeff Reynolds is the author of the forthcoming book, Behind the Curtain: Inside the Network of Progressive Billionaires and Their Campaign to Undermine Democracy, available now at www.WhoOwnsTheDems.com.