In a letter, which began circulating in conservative Facebook groups on Wednesday, the Oregon Firearms Federation (OFF) put forward a slate of acceptable candidates in SD 10. Denyc Boles was named as their ideal candidate. 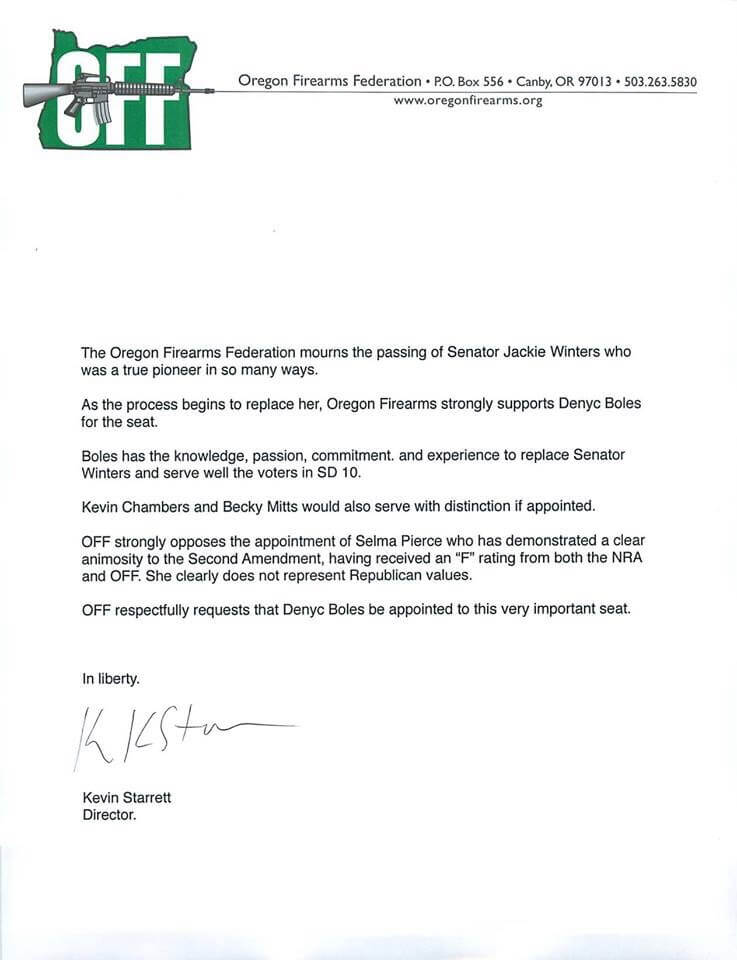 OFF respectfully requests that Denyc Boles be appointed to this very import seat.

They also expressed their opposition to Selma Pierce who they said received an “F” rating from the NRA and OFF in her 2018 campaign.

There are five declared candidates at this time with several others rumored to be interested.