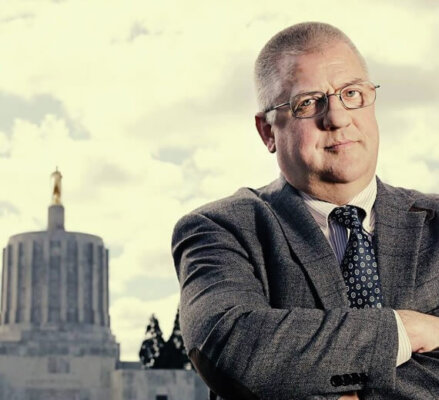 By Taxpayer Association Foundation of Oregon

Information Tech watchdog is a title that Rep Mike Nearman wears proudly as he sits on the House Information Management and Technology Committee.

Representative Mike Nearman wants to see the $39 million allocated from SB 1049 for software upgrades for PERS used wisely. A software boondoggle is the last thing Nearman wants as state agencies often blunder in their purchases of computer based programing, like Health Care. In 2013 the State spent $300 million on the controversial website, Cover Oregon, which failed to enroll Oregonians as part of the Obamacare national roll-out. The $300 million program was quickly scrapped. The state also had a $60 million dollar Data Center software boondoggle in 2008.   Just this month it was reported that vulnerabilities in the software in the Health and Human Services Department may have caused a data breach effecting over 650,000 Oregonians.

“Auditors found that PERS management has not developed long-term disaster recovery plans and that existing short-term plans have never been fully tested, according to a news release from Richardson’s office…Auditors also found that insufficient IT strategic planning has contributed to the mismanagement of other PERS initiatives, such as implementing a disaster recovery program as outlined in the PERS 2015-2020 Strategic Plan.”