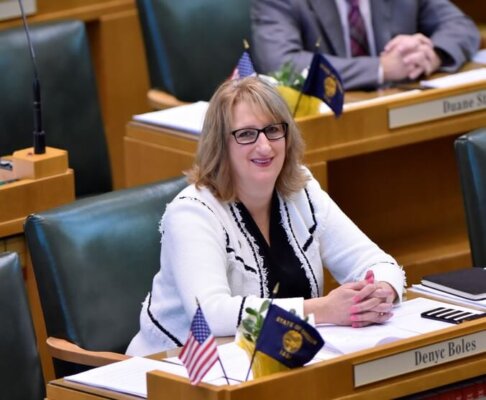 Capitol Update Series:  One of the priorities of Oregon State Senator Denyc Boles during the 2019 Session was to come up with legislation to address the rampant and persistent problem of school bullying and student harassment. In 2018, nearly 8.8 percent of students in Oregon reported they were bullied or harassed once a week or more at school, but more than 63 percent said they’d never seek help from a staff member, according to Nancy Willard at EmbraceCivility.org.

How that statistic compares nationally is unclear.

A national study released in September 2018 by WalletHub identified the states with the biggest bullying problems—Louisiana, Arkansas, Missouri, Idaho and Alaska—and those with the least—Massachusetts, Vermont, Delaware, Virginia, and Colorado. However, WalletHub didn’t include Oregon, Washington, or Minnesota in the study because of data limitations.

Willard provided information to legislators about the life-long detrimental effects of bullying, which lead to depression, anxiety, post-traumatic stress, and suicide as they considered House Bill 3032, cosponsored by Reps. Denyc Boles of Salem and Christine Drazan of Canby and others.

It also requires notification of parents immediate, or within a reasonable time, whenever the district has confirmed a student has been bullied.

“It takes both a preventative and responsive approach to decrease the number of bullying incidents in Oregon schools,” said Verna Wise Matthews, executive director of the prevention-based nonprofit Ophelia’s Place, who testified in favor of HB 3032 May 6.

“Passing both House Bill 3032 and Senate Bill 180 would keep parents informed of bullying incidents when they happen, and provide information and training to them before a bullying incident even begins.”

The efforts to prevent hostile education environments in schools remained in the Joint Committee on Student Success when the Legislature adjourned June 30.

Another measure, HB 3050, introduced by Boles would allow for students who have been subjected to harassment, intimidation, bullying or cyberbullying to request transfers to another school. It would require the school district to grant the transfer to another school or provide written consent to attend a school in another district. It also would provide transportation for the student who transfers schools.