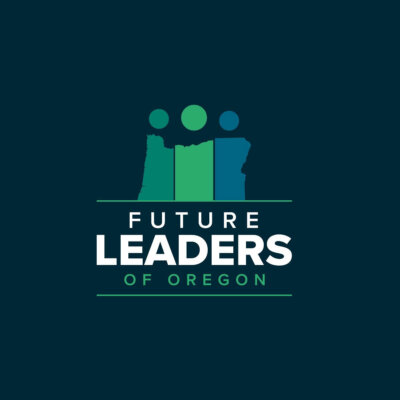 SALEM, Ore. – Most young Oregonians have no memory of a time that the state government was not controlled by Portland progressives. Oregon hasn’t had a Republican Governor in 30 years nor a Republican-controlled legislative chamber in 13 years. This is causing some to coalesce around an organization called Future Leaders of Oregon (FLO), a newly formed networking and training group that is focused on reversing this trend.

“For as long as I can remember, the right-of-center coalition has been fractured and ineffective,” said Dru Draper, one of the 21-year-old members of FLO. “In the meantime, progressive groups have developed a pipeline for their young leaders to get the experience and training that is required to fill positions of leadership.”

The idea of Future Leaders of Oregon (FLO) was hatched in a Salem bar by a group of young people who were frustrated with the direction of Oregon’s state government. They cite the perceived neglect of young people in current change-making organization’s strategies for their organizational purpose.

“We don’t make it easy for right-of-center Oregonians to work in politics. A lot of the work is seasonal and talented people who don’t have the right connections can fall through the cracks,” said another member, Jacob Vandever. “Young people shouldn’t have to just get lucky. Our goal is to foster young talent and give them the network and training they need to be effective right here in Oregon, instead of them losing interest or heading off to Washington D.C..”

Last year, Oregon Democrats successfully secured supermajorities in both chambers of the legislature and retained Mahonia Hall, the residence of the Governor. The Future Leaders of Oregon’s current membership is mostly made up of young legislative and campaign staffers, but they are looking to expand their network.

Jessica Snook, one of the founding members of the new youth-centered organization, noted: “We have a lot of experience among our core group. I think that is what motivates us. We want to make it easier than it was for us. We need to make the process easier to retain the young talent and ambition Oregon’s young people have to offer.”

While FLO’s mission is focused on changing the public policy environment in Oregon, they note that this means placing leaders in a wide range of positions including in business and the non-profit sector.

“Creating a better Oregon is not just about politics. It is employers, charitable organizations, and your everyday Oregonians coming together to find solutions to the most pressing problems,” Draper concluded.

The launching of the new organization comes at a time after Republican’s worst session in decades. The supermajority in Salem was successful in passing a bevy of progressive priorities, such as a gross receipts tax, major criminal justice reforms, and rent control.