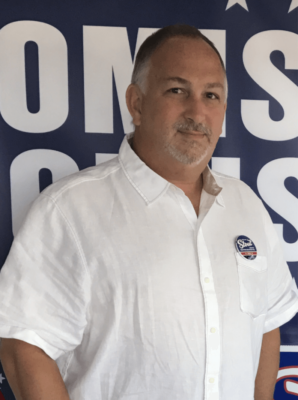 By Brian Stout for State Representative

The Stout for State Representative campaign is pleased to announce that Columbia City resident and small business owner Brian Stout has officially filed as a candidate for State Representative in House District 31, seeking the Republican nomination for the 2020 election cycle. Stout won both the Republican and Independent nominations in the 2018 election vs. Brad Witt, the 14-year Democrat incumbent from Clatskanie. When asked “Why run again?”  Stout provided the following thoughts.

“As a father of two, small business owner and local community volunteer, I have watched our state fail the people time and time again under radical Democrat leadership. The extreme Portland-centered politics are taking a toll on our rural communities and families. Taxing, spending and over-regulating is out of control in Salem.  I hear over and over that the incumbent has succumbed to the hyper-partisan politics and policies in the Capitol versus being a servant of the citizens of this district and community. In fact, he has worked against us, supporting job killing policies, heatedly opposing a local 1.2 billion-dollar, green renewable diesel facility in Clatskanie and voting in favor or laws that aim to take away personal freedoms and rights. I’m pretty sure the people of this district know what is best for them and their families, not the career politicians who continually dictate at every turn what they think we need or want.  Enough is enough.  It is time to slow down, get off this train of over-spending and over taxing and restore some sanity here at home, in Salem and throughout our magnificent state. It is time to return the power to the people where it belongs-this is why I am running.  If elected I will bring these goals and values to the state legislature as I represent you the people of House District 31.”