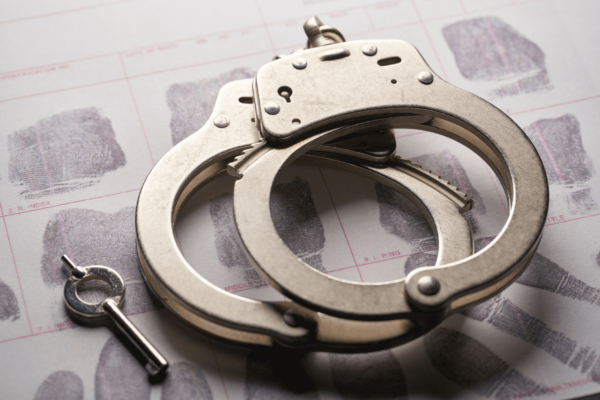 If it had been up to Oregon’s governor, Cal Coburn Brown would have awakened this morning to a brand new day. He could’ve had his morning coffee and looked forward to whatever simple pleasures were available to him. Maybe a yoga class. Listening to music. Reading a book. Watching TV. Or reliving his glory days when he could torture a woman for more than a day before finally stabbing her to death.

Nine years ago this month, Cal Coburn Brown breathed his last, courtesy of then-Washington Gov. Chris Gregoire, a more courageous leader than Oregon’s current governor, Kate Brown (likely no relation to Cal Brown, but she stands with men like him).

Gov. Brown and her fellow progressives continue to make a mess of Oregon’s criminal justice system. They want to return to the days when Cal Brown, who had a history of assaulting women, could get away with serving 7 ½ years in an Oregon prison.

Two months after Oregon released him in 1991, he violated parole and headed to Washington state. There he spotted 21-year-old Holly Washa in her parked car near Seattle-Tacoma airport. With deliberate premeditation, he told her there was something wrong with her car’s rear tire. When she opened the door to check, Brown pulled a knife and carjacked her, then forced her to drive to a bank and withdraw money. He took her to a motel where he held her for about 34 hours, raping and torturing her until he slashed her to death and stuffed her body in the trunk of her car.

Then he flew to California where he was arrested for trying to rape and kill another woman. During that investigation, police discovered Brown had murdered Washa.

A Washington state jury gave Brown the death penalty. Many states’ political leaders do not have the will to carry out a death sentence. It’s easier to invoke the usual excuse about the possibility of an innocent person being executed, which has nothing to do with confirmed killers like Cal Coburn Brown.

Murderers – including those whose guilt is not in dispute – are swaddled with special rights and privileges. This drives up the costs while allowing death penalty opponents to claim it’s too expensive – even though they are ones inflating the costs.

As usual, Cal Brown’s attorneys threw everything they had to save him. Among other excuses, he blamed his criminal behavior on mental illness (now the go-to defense for everything from shoplifting to serial killing). After numerous appeals, Washington state’s Clemency and Pardons Board split 2-2 on whether to commute his sentence.

When Brown appealed to Gov. Gregoire for a commutation, she did something amazing. She carefully studied the record of the case – and sided with the jury. She could find no rational basis to reverse their verdict.

Sixteen years after he was sentenced to death, Brown finally died. Before he went peacefully by lethal injection, he had the opportunity to play the victim. He claimed his execution was unfair. He only killed one person! Other people who have killed more were given life sentences.

The media dutifully reported on his goodbye calls to his family, his last meal (pizza and apple pie). The prison superintendent held a microphone to Brown’s mouth so he could have his last say. He did not apologize.

After the execution, his attorney Jeff Ellis, a long-time death penalty foe and media regular, used the opportunity to offer empty condolences to the victim’s family while also denouncing the death penalty.

But Washa’s sister, Becky, captured what is beautiful and just about the death penalty: Her family would never have to think about the murderer again, what he was doing, whether he could some day be free. He was truly gone. He no longer existed.

This week, Oregon Gov. Kate Brown left no doubt that families of murder victims in her state will never know that kind of peace.

Earlier this year, the legislature approved Senate Bill 1013, which redefined aggravated murder, the only crime that qualifies for the death penalty in Oregon. Initially, the bill’s sponsor, Sen. Floyd Prozanski (D-Eugene), said the legislation would not apply retroactively to those already on Death Row. State lawyers agreed.

Then state lawyers, upon further consideration, said the bill was retroactive. Although Oregon voters approved the death penalty, SB 1013 effectively overturns it.

Sen. Prozanski lobbied for a special session to fix the bill so it would not apply retroactively. But the bill’s co-sponsor, Rep. Jennifer Williamson (D-Portland), said it was exactly what she wanted. She had no problem with it.

When the public got wind of the controversy, Williamson waffled. Maybe a special session would be in order. Then again, maybe not. It was hard to track her flip-flops. She wants to run for higher office, possibly Secretary of State or Attorney General.

Williamson is an attorney who once worked for the Western Prison Project, an advocacy group for inmates. Now the organization is called Partnership for Safety and Justice. Words are a tool that Williamson and her progressive cohorts use to cover their tracks.

As I have written before, Williamson is the keeper of the Kleenex box at legislative hearings. She has a long history of sponsoring and supporting bills favoring criminals. But she’s ready with a tissue for victims if someone testifies on their behalf. With the death penalty conflict, she needed more than a box of Kleenex. She offered a progressive’s favorite bribe: More money – in this case for victim “services.” As if the victims of Death Row inmates can be bought off. As if counseling can ease the pain of having a loved one killed in a cruel and depraved manner.

Oregon is a state with a Democratic supermajority in the legislature, increasingly led by progressives. Ultimately, Gov. Brown said the votes weren’t there to call a special session and fix the bill.

Williamson is my state representative. Shortly after the legislative session ended, I received a mailer from her crowing about her accomplishments. Things like public education, health care, family leave – all paid for by taxpayers. Here’s what she also included:

“This was an incredible session for criminal justice reform and efforts to protect civil rights. As chair of the House Committee on Judiciary I was proud to help move much of this legislation through the process. While there is too much to recount in this limited space, I am especially proud that we passed youth sentencing reform, giving Oregonians who commit crimes as minors a second chance at rehabilitation. We also gave Oregon the strongest anti-hate crimes law in the nation.”

There is no stronger expression of hate than murder. Williamson will go after “hate” crimes, but she defends those who commit violent assault, even murder. Notice her reference to “youth sentencing reform.” Here’s what that really means:

In 1995, Oregon voters approved Measure 11 requiring mandatory-minimum sentences for certain violent crimes. (Had it been in effect when Cal Brown was sentenced for rape, he likely would not have been free to torture and murder Holly Washa.) Measure 11 also required juveniles, 15 years or older, accused of certain violent crimes to be tried as adults.

Under the youth sentencing reform legislation that Williamson is so proud of, a juvenile can now commit the worst kind of violent crime and – if a judge agrees – be tried as a juvenile, not an adult. His criminal record will not be made public. When Senate Bill 1008 came before Williamson’s House Judiciary Committee on April 24, an overflow crowd turned out for the public hearing. Here’s how she pretended to care about victims while stifling their speech:

“I wanted to make a quick comment that the testimony we may hear today may be hard to hear, upsetting, traumatizing to some people. We are trying to be very cognizant of that this session. We have had a few instances where we’ve had the public have to get up and leave courtesy of testimony and so, in an effort to give people warning, if your testimony is going to involve graphic details in anyway if you could please say that before you give your testimony so that people who would be uncomfortable hearing that have the ability and advance warning to get up and leave.”

In other words, please don’t go into graphic details about the violence teenage boys are capable of.

What’s next for criminal justice reform in Oregon? Legislators will continue to undercut voter-approved laws for mandatory-minimum sentences for violent offenders and for repeat property offenders. In their place: more goodies for criminal offenders in hopes they won’t reoffend. Anything but jail or prison.

This future has been under way for decades in Great Britain.

In a book entitled “A Land Fit for Criminals,” a long-time probation officer named David Fraser reveals the intellectual dishonesty of politicians and their bureaucratic allies when it comes to failing at public safety. Simply change the meaning of words and the definition of various crimes.

Want to lower the number of people sent to prison? Stop making arrests. Not just for minor crimes but for robbery, burglary, assault. Have the cops just issue warnings, and the public will stop calling the police.

Fraser’s book details what decade after decade of leniency has led to, whether it’s homegrown criminals or foreign-born. Protection of the law-abiding has become irrelevant. The intellectual and political elite — and their flacks in the media — insist it is too costly to send offenders to prison.

Fraser zeroes in on the invisible victims of robbers, burglars and thugs who are spared serious punishment. Many of these victims are ordinary people who have been preyed upon repeatedly and no longer feel safe in their homes. Fraser, in details too graphic for Williamson, describes how an assault can leave permanent, life-altering injuries on a victim.

The book was written before Brexit. Did ordinary Britons finally have their say?

They will never have their say on the death penalty. As Fraser points out, the UK Parliament abolished it in 1969.

With the Oregon legislature’s duplicitous rejection of the death penalty, there is a call to bring it back to the voters. Why not? What are politicians like Williamson, Prozanski and Brown afraid of?

Perhaps they have looked south to California, another blue state. Three years ago, under Proposition 62, California voters declined to repeal the death penalty. At the same time, they also voted in favor of Proposition 66 to speed up executions.