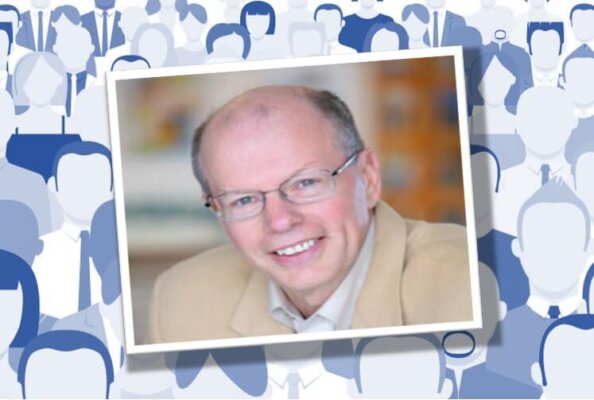 We pose questions about our Oregon recall effort to Bob Moore, well-known pollster and founder of Moore Information Group.

As a veteran Northwest and Washington, D.C., pollster you are in a unique position to comment on the Oregon Republican Party’s attempt to recall Gov. Brown? They need 280,000 valid signatures by October 14 to make the ballot. Will they make it?

My guess is they won’t make the ballot. There isn’t much time and a successful signature drive could require 300,000 or more. I am not sure the ORP has the time or the money. And remember, getting the signatures is only the first step. If they are able to get the signatures, it will go on the ballot and that’s when the real work begins. Gov. Brown will have unlimited resources to fight the recall. I’m just not sure where the ORP gets the money for a recall election.

There have been two high profile recall attempts of governors in the last 20 years, the 2003 California recall effort against Democrat Gray Davis (successful), and in Wisconsin the 2012 recall attempt against Republican Scott Walker (unsuccessful). Your company worked on the Davis recall campaign. What services did you provide? Judging by the issues and political climate at the time in California, did you know you were going to be successful?

California’s recall system is different than Oregon’s. In California, voters choose the replacement in recall situations. In Oregon, voters simply vote “yes” or “no” to recall the incumbent and the State Constitution provides for the replacement. In California, Moore Information Group polled initially for a candidate who was considering entering the recall race and after that, we polled for an organization supporting the consensus GOP candidate, Arnold Schwarzenegger. Our polling showed that Gov. Davis could lose the recall election to a number of candidates, but Arnold Schwarzenegger was the clear favorite. Arnold had the charisma and ability to raise the funds required for an effective recall campaign.

Less than a year after her 2018 reelection, both the Oregon GOP and the “Flush Kate Brown Down” committee began circulating petitions to recall Gov. Brown. What is the case they are making, and do you think it is a reasonable case? Are these recall movements (and impeachment movements) just howls of desperation from groups that have lost elections?

It looks to me like they just disagree with the governor on a number of policy issues, including “Cap and Trade,” immunizations, drivers’ licenses for undocumented immigrants and others. Recall websites also charge that Brown is ignoring voters and the Constitution and that she is corrupt. In order for a recall to be successful, voters need to believe there is a compelling reason to recall Brown. My guess is that a poll would not find support for a recall among a majority of Oregon voters today.

This month, the grassroots Timber Unity group filed a petition to recall State Rep. Tiffiny Mitchell (D-Astoria) for voting to support “Cap and Trade,” among other political crimes. Two weeks later, the 35-year-old announced she is donating a kidney to no particular recipient. Are the two events related? Is the recall movement out of control? In the future, will legislators be able to make tough political votes and keep their organs?

I have no idea if the two events are related. Two recall efforts in a year doesn’t mean the recall movement is out of control.

How much damage does the Oregon Republican Party sustain, if any at all, if they fall far short of the needed signatures? Is there any chance of success if they make the ballot? Is there any upside to the effort, in any case?

The ORP leadership will look weak if they are unable to get the signatures needed for recall. Not only that, they run the risk of energizing Democrats and making Gov. Brown look stronger. I haven’t seen any indication that a recall effort will be successful. Brown’s image simply isn’t negative enough. The upside would be showing the ORP as a strong political force in the state and energizing Republicans.