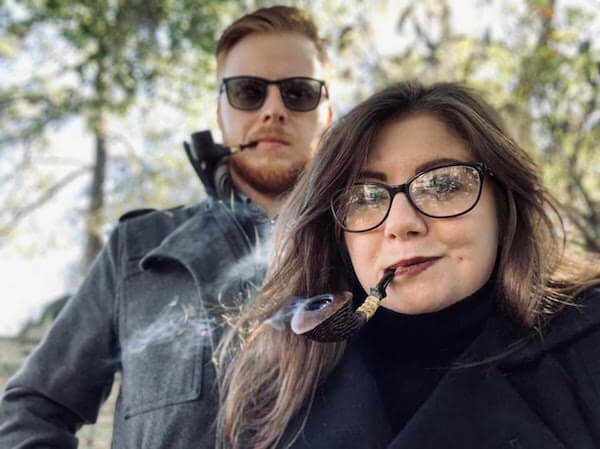 Last week I wrote about how the three primary ideologies discern what economic activity is legitimate. Increasingly, the buying and selling of tobacco products is becoming broadly seen as illegitimate across the political spectrum. One of Oregon’s best bloggers has tackled the subject in a new book: The Rediscovery of Tobacco: Smoking, Vaping, and the Creative Destruction of the Cigarette. 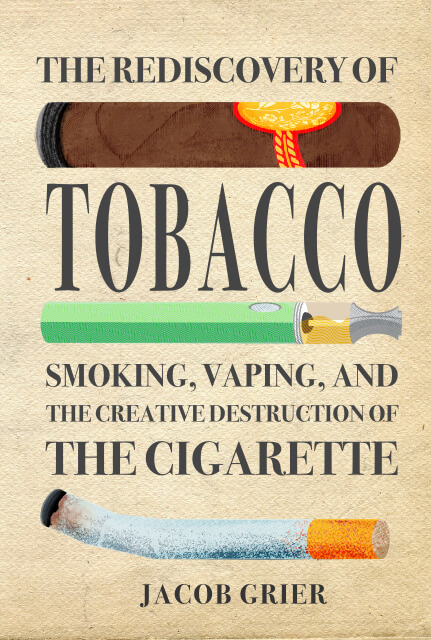 Jacob Grier is a true bon vivant. His Liquidity Preference mixes public policy with trendy cocktails. Yet this man of refined taste admits his new book covers a topic that: “has become a low-status activity. Less than a fifth of Americans currently smoke and the habit lingers mostly among those with less education and lower incomes. Tobacco use is viewed as pure vice and the smoker as a helpless addict, deserving only pity or scorn.”

He starts off with a nice history of tobacco consumption in the Pre-Columbian western hemisphere, its European discovery, its rapid global dissemination, and the industrial rise of the cigarette. True to Grier’s connoisseuring ways, he contrasts cigarettes with the hip pleasure he has for fine cigars and pipe smoking. Just as cottage industries have emerged for expensive cups of coffee, microbrews, and foodie restaurants, Grier sees room for slow tobacco: “If cigarettes are the fast food hamburgers of the tobacco world, pipes and cigars are the slow-cured handmade sausages.”

It also helps that these products are less dangerous than cigarettes. With a gifted prose style, Grier then writes the most lucid survey of the epidemiological literature on smoking I’ve ever seen. If you were expecting a biased defense of smoking, one is not to be found in his detailed analysis of the risks smokers subject themselves to.

Grier does defend smoking, but he does so in a philosophical way that acknowledges the health risks but puts those risks into perspective. A free person should be expected to decide for himself what risks to take, and ought to be allowed to choose to smoke despite the risks. Taking a classical liberal approach, Grier applies John Stewart Mill’s approach to the public policy question of imposing smoking bans on private businesses like bars and restaurants:

The classic statement of when, in a liberal society, citizens are justified in forcibly restricting a person’s actions was put forward by John Stuart Mill in On Liberty. The short answer: to prevent harm to others. A person’s “own good, either physical or moral, is not a sufficient warrant,” Mill continued. “He cannot rightfully be compelled to do or forbear because it will be better for him to do so, because it will make him happier, because, in the opinion of others, to do so would be wise, or even right.”

Adherence to this limit on government action is often more aspirational than real, but it’s still a useful framework for evaluating smoking bans. Does it settle the question of where one may smoke? Alas, that’s not so easy. Opponents and advocates alike tend to read their preferred outcome into Mill’s harm principle. Under the classical liberal or libertarian interpretation, smoking bans impede the free choices of adults. No one is forced to spend time in a business that allows smoking. The owner chooses what to allow on his or her property, employees choose to work there, and customers choose to patronize it. No one is exposed without consent. If consumers demand smoke-free businesses, the market will provide them. Government should stay out of it.

Grier goes on to also identify places where the harm principle probably requires smoke-free status, such as on a common carrier airline or a public school. He explains why there is so little room for compromise in the smoke ban advocates’ minds: the efforts to ban tobacco seek to eradicate all behavior associated with the consumption of nicotine, public and private.

This book is very timely for its analysis of vaping bans as well. Grier notes that the e-cigarette may be the most promising alternative to the cigarette yet invented. Policymakers are too quick to ban something based on anecdotes when the alternative is a pack of Marlboros. I highly recommend his book.