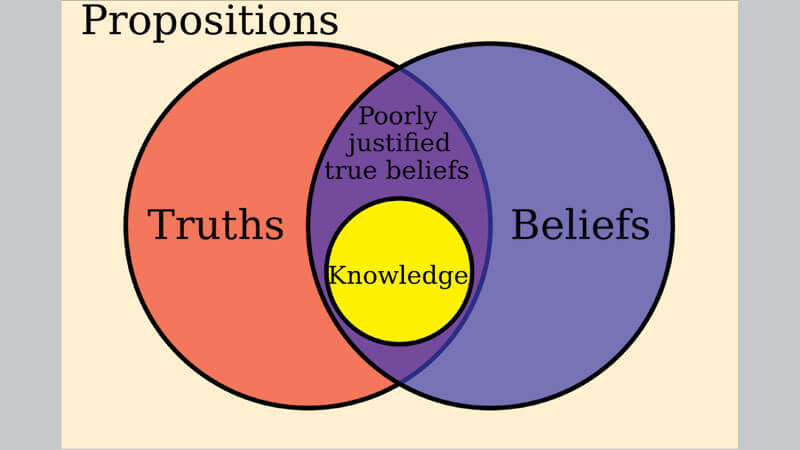 In the corpus of works by Aristotle, there was an untitled book that followed his book titled “Nature.” So a convention emerged. It became known as “After-nature.” The Greek word for “nature” is φύσις (physis). The Greek word for “after” is μετά (meta). So this peculiar book about the concepts that put nature in its place is called “Metaphysics.” Aristotle came up with the two metaphysical subjects of ontology (a theory of existence) and epistemology (a theory of knowledge).

Epistemology is the means by which a person determines what is “true” and “not true.” A close look at the intellectual history of political thought reveals the three primary ideologies have different epistemologies.

For classical conservatives, the highest source of knowledge is faith and tradition. A conservative is critical of human reason, abstraction, and scientific empiricism. The frailty of the human mind relative to the mystery of creation and the power of its creator is emphasized. Conservative epistemology is exemplified by the intellectual environment of High Medieval Europe (11th – 13th centuries).

For classical liberals, the highest source of knowledge comes from science. Liberals place much faith in human rationality. The progress of human inquiry is emphasized. Liberal epistemology is exemplified by the intellectual environment of the 18th Century Enlightenment.

For socialists, the highest source of knowledge comes from emotion. A socialist holds a deep skepticism of established wisdom, concerned that anything beyond one’s own feeling is nothing more than a construct of the ruling elite who dominate the culture and media. The development of skills that enable one to deconstruct the knowledge that is forced upon us by the prevailing socioeconomic structure is emphasized. Progress in human inquiry then is to carve out our own truth that has relevance and meaning for our own existence. Socialist epistemology is exemplified by the intellectual environment of 19th Century Romanticism and 20th Century Post-Modernism.

It’s hard to find anyone who truly embraces only one of these approaches to knowledge. Most people today employ a little of all three but manage to place a greater emphasis on one of them. That way in which a person thinks he knows the world will often predict his political worldview.