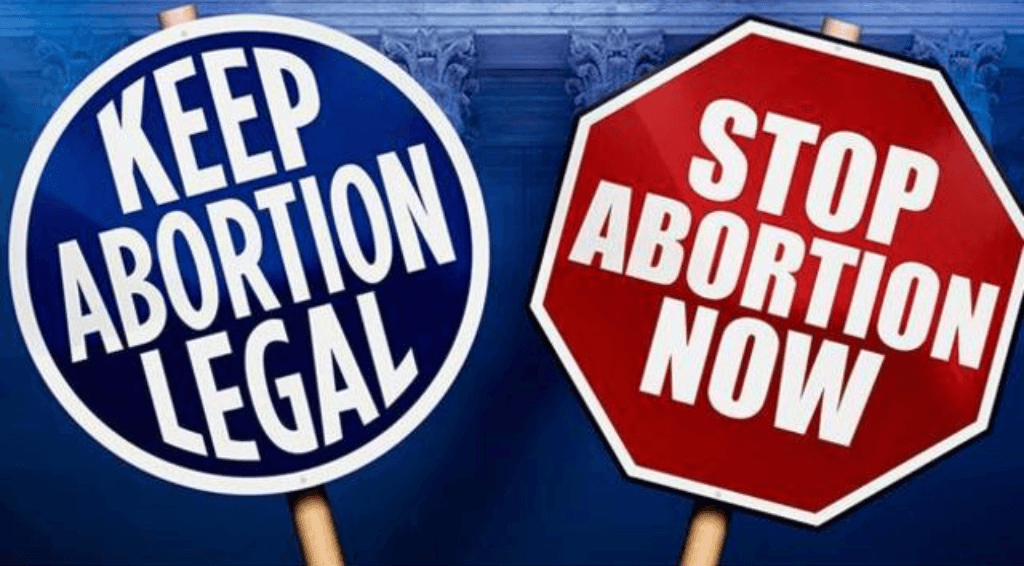 Abortion is a passionate issue but not a very ideological one. None of the three primary ideologies have an inherent position on what has been the most divisive subject in American politics during my lifetime.

If the central debate in this issue is whether or not a fetus possesses the legal status of any other member of society’s natural right to life, then it’s more a question of fact, not value. Is the fetus’s humanity a fact of life? Is it fully human? Does a fetus have the sanctity of life? It’s a biological question masked as a moral quandary because the ethical conclusion tends to depend on a scientific premise.

Classical conservatives are prone to embrace an issue like this as ultimately a religious question, but not all religions agree on abortion. It does not get more conservative than the religion of pagan Rome and its cultural focus on the family. Yet abortion was perfectly legal under Roman law, a fact mentioned in Justice Harry Blackmun’s majority opinion for the 1973 Roe v Wade decision. The Apostle Paul’s letters to the churches he planted throughout the Roman Empire frequently criticized Roman morality, but abortion was a nonissue in his epistles.

It’s certainly not a nonissue to many Christian denominations today. The Catholic Church has the advantage of a contemporaneous apostolic authority. Not limited to what was written in the New Testament two millennia ago, Catholic doctrine is able to provide unambiguous guidance on abortion to its members.

There is no shortage of Protestants who are faithfully pro-life as well, but sola scriptoria doesn’t offer the same lucidity. Something other than the plain text of the Bible is providing evangelicals with moral certainty on abortion. Episcopalians are not known for their doctrinal adherence to the authority of the Bible, but when they are pro-choice, it doesn’t take the creative interpretation of scripture to get there. It takes creativity to find a direct biblical condemnation of abortion.

There is nothing inherent in the logic of conservative political thought that determines a pro-life position on abortion by necessity. It is entirely contingent on the historical circumstances of a particular group of conservatives.

It’s possible to find pro-life classical liberals and socialists across time too and even today. There is nothing inherent in the logic of the other two primary ideologies that informs them about the legal status of the fetus.

Things get more interesting when people acknowledge the humanity of the fetus and remain pro-choice. In Roman society, the power over life and death held by a pater familias was absolutely up to his discretion. It was not just abortion that was legal in the classically conservative Roman world. The head of a Roman household could order the infanticide of babies and the sale of children into slavery. That’s not liberalism; that’s patriarchy at its extreme.

The textbook case of pro-choice classical liberalism that accepts the humanity of the fetus is the extreme libertarian position first developed by MIT philosopher Judith Jarvis Thompson, which she published in the Fall 1971 issue of Philosophy & Public Affairs. Titled A Defense of Abortion, Thompson reframed the act of abortion from killing to an eviction. Denying the legal duty of a person to care for another, Thompson argued that a woman has the right to evict the fetus from her body by drawing an analogy where you wake up in your bed and find yourself connected in a life-support system to the world’s greatest violinist. She argued you would have the right to cut the tubes on the violinists and that a pregnancy amounts to the same thing.

Pro-choice socialists who stipulate the humanity of the fetus do so not for an individual’s right to autonomy, but, as you might imagine, “equality.” Feminist Theory, taught in every university’s women’s studies department, has identified the asymmetry of responsibility between men and women in childbearing as a fundamental cause of gender inequality. If a socialist accepts abortion as a remedy to this structural imbalance of parental responsibility, the question of whether or not the fetus possesses the legal status of a human being might become irrelevant.

Those who accept this line of reasoning value the right of the pregnant woman to her gender equality over the fetus’s right to life. Naomi Wolf captures this perspective in her Our Bodies, Our Souls essay in the October 16, 1995 issue of the New Republic:

It was when I was four months pregnant, sick as a dog, and in the middle of an argument, that I realized I could no longer tolerate the fetus-is-nothing paradigm of the pro-choice movement. I was being interrogated by a conservative, and the subject of abortion rights came up. “You’re four months pregnant,” he said. “Are you going to tell me that’s not a baby you’re carrying?” The accepted pro-choice response at such a moment in the conversation is to evade: to move as swiftly as possible to a discussion of “privacy” and “difficult personal decisions” and “choice.” Had I not been so nauseated and so cranky and so weighed down with the physical gravity of what was going on inside me, I might not have told what is the truth for me. “Of course it’s a baby,” I snapped. And went rashly on: “And if I found myself in the circumstances in which I had to make the terrible decision to end this life, then that would be between myself and God.” Startling to me, two things happened: the conservative was quiet, I had said something that actually made sense to him. And I felt the great relief that is the grace of long-delayed honesty.

There is nothing inherent to the logic of socialist political thought that determines a position on abortion by necessity. A socialist’s support for abortion rights is primarily contingent on acceptance of Feminist Theory. I’m not sure Karl Marx would be pro-choice. He might instead argue for the equality of the unborn proletariate. Socialists that do not subscribe to Feminist Theory must then decide the question of fact regarding the fetus’s legal status just like the rest of us.

There is much sturm und drang surrounding the issue of abortion. Yet the ideological basis for these positions is not as binding as one would expect, given the dogmatic certainty so many people have about this peculiar medical procedure.