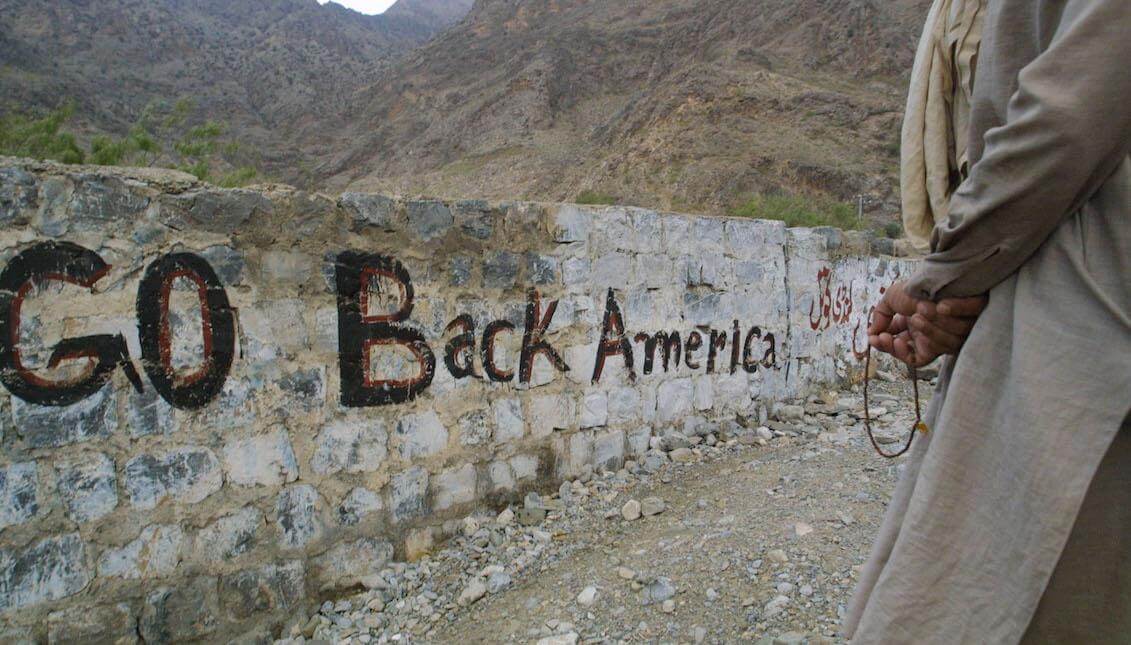 Last week I suggested foreign policy is a nonideological policy area. It can certainly be hotly contested, but matters of national security don’t follow by necessity from one’s views on individual liberty and collective state action. Afganistan is an interesting example of broad political consensus.

Though this has become the longest war in American history, the Bush administration swiftly defeated Al Qaeda in only two months. The final battle in this theater, between the United States and the terrorist organization that attacked the World Trade Center and the Pentagon, took place eighteen years ago at Tora Bora. As a result, George W. Bush, at the time, enjoyed the highest recorded approval rating of any sitting president.

This success was followed by major strategic mistakes. One of them was an attempt to control who rules Afghanistan. Confusing the Taliban with a global terrorist organization has been a costly mistake, but it hasn’t been a very controversial mistake.

Howard Dean’s antiwar candidacy for the Democratic presidential nomination in 2004 helped solidify broad support for the war in Afghanistan. He juxtaposed his fiery opposition to the war in Iraq with a strong embrace of Operation Enduring Freedom, formulating the mainstream position of the Democratic Party ever since: Iraq was the bad war; Afghanistan was the good war.

The Obama administration was boxed in by this political formula. They had a set of foreign policy advisors with an opportunity to look at Afghanistan with a fresh strategic perspective, and with the nudging of Vice President Joe Biden, seriously considered transitioning from a counterinsurgency strategy to a counter-terrorism strategy in 2009.

They doubled down on occupation and nation-building instead. After all, Obama campaigned on escalating the war in Afganistan, and that was an administration that always chose the political choice over the better policy choice. But the point I’m making here is that it was uncontroversial. That surge in Afghanistan during Obama’s first term had broad bipartisan support.

Now I wonder if there is broad support for ending our war against the Taliban. This week, the Washington Post published internal Pentagon lessons-learned research that has exposed just how hopelessly flawed our efforts have been. I can’t help but notice the absence of any hawkish rebuttal to this reporting or the broader narrative.

There is no one saying: “if only we invested in Afghanistan as America invested in Europe with the Marshall Plan, then we would have seen more success.” If such a claim were made, it would require some mathematical scrutiny. The Truman administration spent $12 billion on what the history books tend to treat as the most successful foreign aid program. If you adjust that to today’s dollars, it’s about $100 billion. The United States has actually spent $133 billion on aid to Afghanistan since our invasion. That’s just aid, not counting the cost of warfighting.

We have outspent the Marshall Plan, and DoD research suggests it has actually made things worse, creating levels of government corruption in Kabul that didn’t exist before we started handing out checks. This corruption has manufactured popular support for the Taliban.

There are few government boondoggles worse than this. On top of the financial cost, the price in American blood has been expensive as well: 2,219 servicemen killed, 20,091 wounded. As divided a country as we are on so many things, I suspect there will be consensus in supporting our eventual withdrawal from the graveyard of empires.