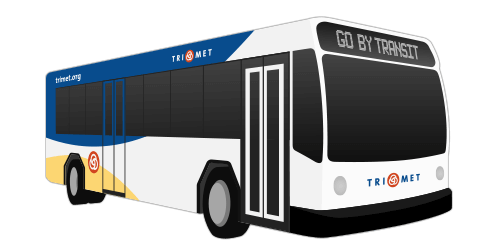 Willamette Week published a wonderful read on Wednesday about what bus riders want. It defies summary; so I recommend you read the whole thing here.

We know what most policymakers want: more people riding public transportation. What motivates people to get around this way? Sophie Peel, Tess Riski, and Rachel Monahan rode on TriMet’s 72 line, engaging bus riders about their mode of transportation.

I didn’t get the impression this was scientific survey research, but it is worth noting that they report most bus riders are generally happy with the service they get. That seems plausible to me, survivorship bias in action. The people who are not generally happy with the service were less inclined to be on that bus to get interviewed. Ridership has dropped steadily for years. Only 6.5% of metro area commutes are on public transit. The 72’s ridership, one of TriMet’s most busy lines, has declined 12.3% in the last four years.

I’ve ridden that 72 many times over the past four decades. I would likely have given relatively upbeat reviews as well, especially if the interview was conducted in the 1980s. I was raised in Estacada, and I grew up thinking of TriMet as my ticket to civilization. I didn’t mind growing up in a forest of Douglas Fir, but for small change and a packed lunch, my parents could put me on the 30 line at the Eagle Creek grange stop and be done with me for a day. I would connect to the 72 at Clackamas Town Center, which would take me north on 82nd Avenue to a Multnomah County Library branch. Or I could take that Bus 30 all the way downtown to my childhood conception of heaven: Powell’s Books.

I have retained a life-long preference for public transportation, and that is also book-related. Riding the bus takes longer to get from point A to point B, but I feel that if I can read the whole time, rather than drive, then I’m not wasting time.

Maybe you’d then think I would be all for this pending $3 billion Metro bond for public transit, but no. One thing that separates me from the preponderance of policymakers is that I’m skeptical this service requires the level of government subsidy it gets. So if one of Willamette Week’s reporters were to ask me how to improve things at TriMet, I’d say raise my fares to fund more frequent bus service.

The article didn’t report anyone saying exactly that, but several of their subjects asked for more frequent service. What many of those interviewees might not realize is they aren’t quite TriMet’s real customers. Riders’ fares cover a fraction of TriMet’s revenue. Eight years ago, I wrote a piece for the Oregon Catalyst titled Who are TriMet’s Customers? It has stood the test of time well.

As long as the bulk of TriMet’s revenue comes from politicians, involuntarily gained from businesses, TriMet will build things their riders don’t need to keep the transit agency’s real customers happy. That’s an important principle to remember as a new fad in public transit planning now is to call for fareless service.

Willamette Week asked these riders what they thought of TriMet offering free service. The article reads like these reporters were surprised by the number of riders on the 72, a bus that travels through some rather poor neighborhoods, that want TriMet to keep on charging them money, knowing that if it didn’t their daily commute would become a struggle to find a seat on what would become mobile homeless shelters.

But John Morolt liked the idea. Willamette Week reports that he frequently steals a free ride on his way to work, because: “He can’t always afford to refill his Hop card—the electronic pass to board TriMet’s buses and trains.” Where does he work? Morolt is a loss prevention officer at Ross. You can’t make this stuff up! Willamette Week quotes him as saying: “Right now, of course, the bus is affordable, but if it’s completely free, it’ll be less of a worry for those who have to worry so much.”

Sometimes it seems, TriMet already has a free rider policy. Or it has been forced into this problem by the kabuki dance the transit agency has had with civil rights groups. As the activists have been defending fare evasion, perhaps they have been pushing paying commuters into automobiles already. It hasn’t happened to me yet. I still prefer the bus, and these days I mostly ride Cherriots in the state capitol. But my favorite way to get from my home in Salem to a destination in Portland is still to take public transportation the whole two-hour way, with a fully-charged Kindle. When I connect to an empty TriMet bus at the Tigard Transit Center. I don’t cheer. I don’t celebrate TriMet’s problems. I’m just saddened to what it has become. And yet it still beats driving!