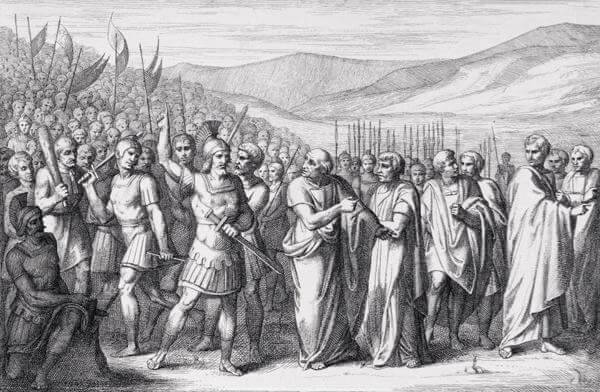 Many people closely engaged in public affairs comfortably make a distinction between politics and policy, but who can talk of the structure of government as a separate dimension? Can anyone assert the optimal process of governing and do so independently from their policy preference or political position?

The evolution of procedures that circumvent the process of legislating, like a circuit breaker undermining the flow of electricity, have a long history. The most famous of them actually comes as a result of a walkout, echoing the events this week. In the early years of the Roman Republic, the lower class would withdraw from the city when it was displeased with the government. As a result of the first secessio plebis in 494 BC, the plebians were given an office, called the Tribune of the Plebs, that could say “I forbid” to any legislation a Tribune didn’t like in the Senate. We still use the Latin pronunciation of this power: veto.

This was mostly reserved for serious matters for more than three centuries until Tiberius Gracchus, a Tribune in 133 BC, decided to block all legislation in the Senate to improve his side’s bargaining position. He was killed in what led to waves of violence that replaced republican rule with an autocratic emperor. We won’t see any violence, but I imagine the 21st Century equivalent of throwing Gracchus’s body into the Tiber River will be a ballot measure that removes the current quorum requirements.

The Democratic presidential debate in South Carolina on Tuesday had moderates arguing with progressives on the value of the U.S. Senate’s cloture rule, that it takes sixty votes to end debate on a bill. This rule was established in 1806 but not used to block legislation until 1837. Like the use of the veto by the first three centuries of Roman Tribunes, the filibuster was rarely ever used until its frequency began to accelerate in the mid 20th Century. Eventually, the filibuster just evolved into a cloture requirement. All bills in the U.S. Senate simply require 60 votes to pass.

Could Oregon’s quorum requirement evolve into a routine threshold for votes in the Oregon Legislature? Or will it be killed by ballot measure? The real question for me is who can advocate one way or the other strictly on the long-term merits of the process and not on the short-term outcome?