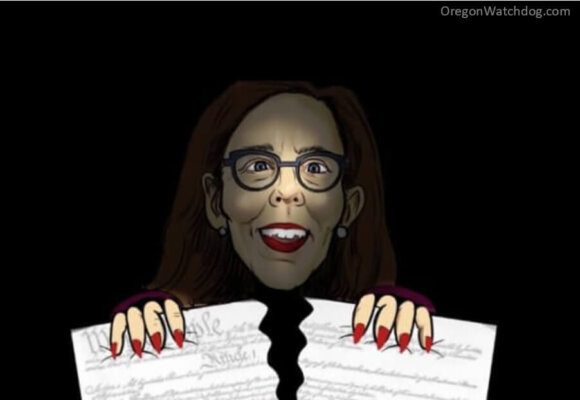 Despite bipartisan Legislative opposition to the $700 million Carbon Tax (SB 1530 Carbon cap-and-trade) and no Legislative votes to create one, Governor Kate Brown announced this week she will bypass the State Constitution by using $5 million of DEQ agency dollars to begin creating the infrastructure for a Carbon Tax (which is expected to lead to a 72-cent gas tax increase and 13% utility rate hike).

This is coming from the same Governor who became famous last year for hiding her actions in an explosive transparency scandal that almost had her recalled. This is the same Governor who broke tradition when she introduced the state’s first unbalanced Governor’s budget with billions of dollars of holes and no explanation of the taxes needed to pay for it. Simply put, Governor Kate Brown doesn’t like following the rules, working with people or living within the Constitutional limits of her power. This unconstitutional and bypass of the elected lawmakers act to create the early stages of a $700 million Carbon Tax scheme (Carbon Cap-and-trade) is a gross betrayal of our democratic principles and a terrible sign of things to come.

— We’ve been protecting you for 20 years.