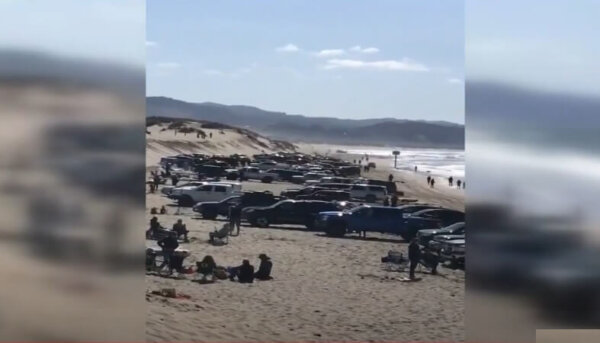 One coastal resident commented “I have never as many people on the beach before.” That reflected the unfortunate flood of tourists to the coast this weakened at a time when officials are trying to clamp down on mass gatherings.

Disclaimer: We are in a unique historic moment and we appreciate Governor Brown’s and the State’s efforts at tackling this unprecedented public safety threat. We highlight what is not working, not because of politics, but rather so that it does not happen again and also so that we can learn from our mistakes.

The Governor should have seen it coming. Oregonians under never-before-experienced hardcore quarantine heading towards a sunny first weekend of Spring Break. Additionally, tens of thousands of idled and newly jobless Oregonians also eyeing the weekend as a way to escape.

Governor Brown Friday tweet recommending people not to go to the beach was too meek and insanely too late. The crowds on Saturday were enormous. 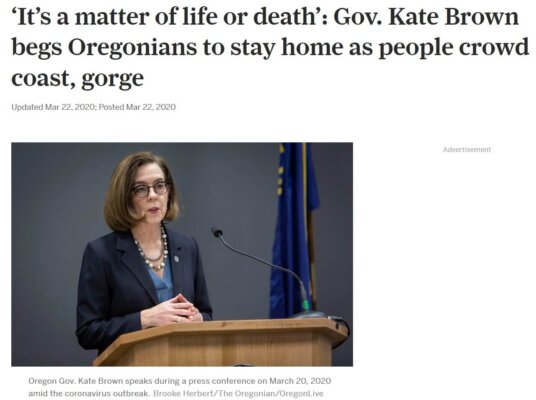 Crowds did diminish greatly by Sunday afternoon.  We are glad she made the call but it was way too late.

The other tragedy was the huge crowds emptied the shelves of the local stores who were unprepared for the onslaught. Many coastal stores were better stocked than Oregon’s big city stores because the coastal towns did not panic and did not always have cases in their counties to trigger a local response. The empty shelves left visitors fuming.

We urge Governor Brown to better forecast mass gatherings and urge more restrictions at this point.

— We’ve been protecting you for 20 years.