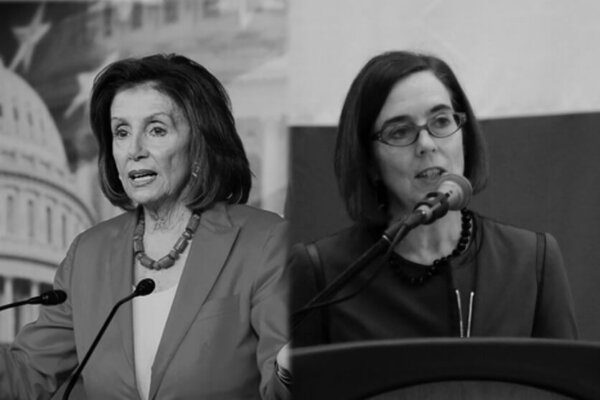 Disclaimer: We are in a national crisis and we wish to state upfront that we appreciate many of the current virus response actions of House Speaker Nancy Pelosi and Oregon Governor Kate Brown. We respectfully disagree on some matters for which could prove to outright economically dangerous and feel compelled to add them to the public discussion so we can find the best path out of this public disaster.

House Speaker Nancy Pelosi tried to include a Carbon Tax in the Coronavirus stimulus bill this week. Pelosi’s amendments required airlines (on the brink of financial collapse) to be carbon free by 2025 and those that can’t (which no airline could achieve) must meet that goal through carbon offsets. These carbon offsets are expected to be massive tax payments to third party slush funds. Pelosi’s amendments also include generous wind and solar power tax handouts.

Not only is Governor Brown’s Carbon Tax Executive Order unconstitutional, but it comes at the worst possible time.   You simply do not raise gas prices, electricity rates and housing costs in the middle of a world-wide economic calamity.   All it takes from Governor Brown is a simple revoking of her Order for which will save millions in additional costs to small businesses and taxpayer families.  It doesn’t cost a thing.