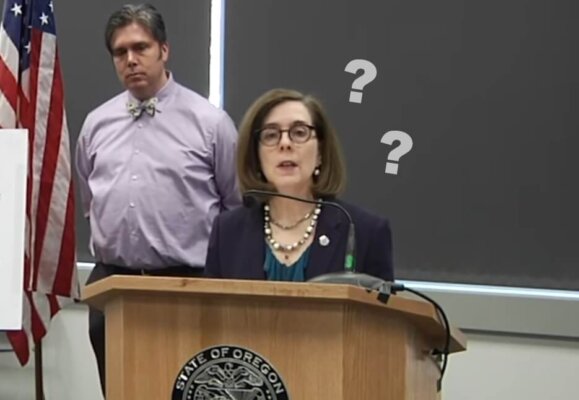 After being criticized by local media for being absent, Oregon governor Kate Brown re-emerged last week to announce the tri-state compact between Oregon, California and Washington. This came at the same time North-Eastern states did the same and was viewed by many as a direct response to the President calling for a re-opening.

The compact from the very start seemed like a nice sounding idea without any actual details.

At Governor Brown’s press conference last week she seemed to downplay the idea by expressing the limits of the compact when she said, “obviously we are differently regionally and economically”

I give Governor Brown the benefit of the doubt that she didn’t join this compact for purely political purposes. Yet, after the press conference it seems like the compact served no purpose at all, at least by her own explanation.

It is this kind of attention to things that are not a priority that are working against the Governor and her ability to communicate.

Right now, Oregon really needs ideas and solutions to revive our shut-down economy. Outside a handful of new health rules our business community has to abide by, there has been little ideas, or plans, or bipartisan summits or reduced regulations to help us launch a powerful recovery to an incredibly mountainous challenge we face.