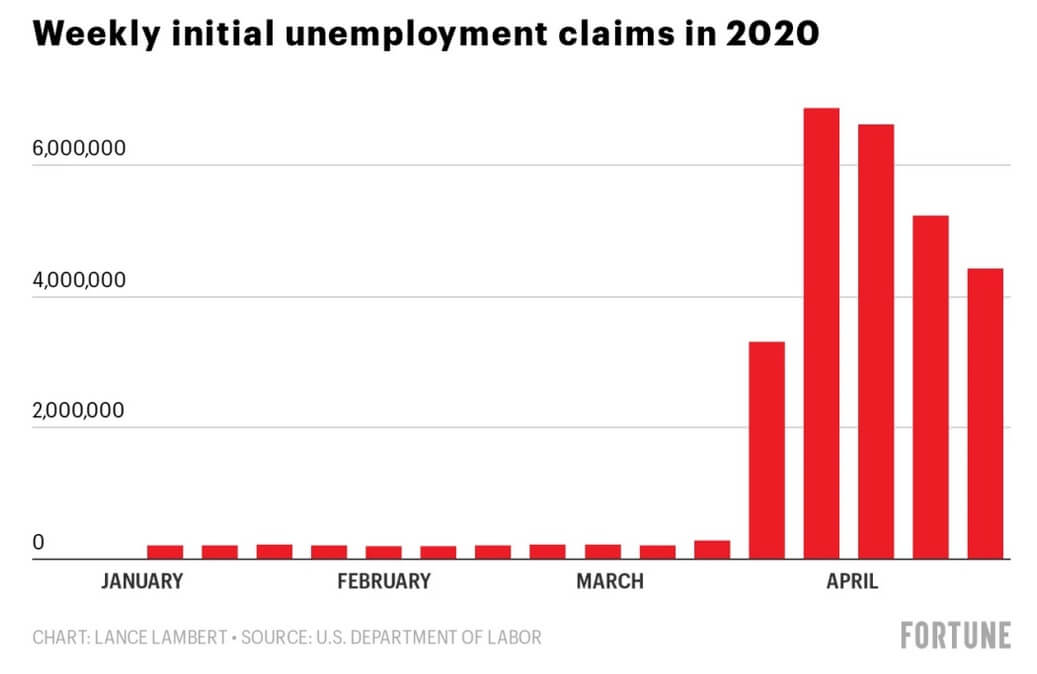 On Thursday, the new first time jobless claims report came out, and it was almost as dismal as the previous four weeks. The week of March 27 saw an eye-popping record of just under 7 million claims, and we’ve seen multiple millions reported each week since.

The new jobless claims were reported at just shy of 4.5 million, raising the total for the past 5 weeks to 26.5 million. That’s more jobs lost in 5 weeks than had been created in the 10-plus years since the Great Recession of 2008-2009. Official unemployment numbers don’t come out until the end of the month, but some economists estimate that we’ve already passed 20% unemployment. We also have not seen the full brunt of jobless reports, as technical delays have bogged down unemployment offices in states all across the country, including here in Oregon.  The resulting lag in reporting means that we won’t know the full impact of this first wave of jobless claims for some time. Analysts at UBS this week said that we could see as many as 100,000 retail store closures nationwide.  Overall, up to 66% of small businesses are in danger of closing. By the time it’s all over, some economists think we’ll have a 30% economic contraction, with 45 million or more jobs lost.