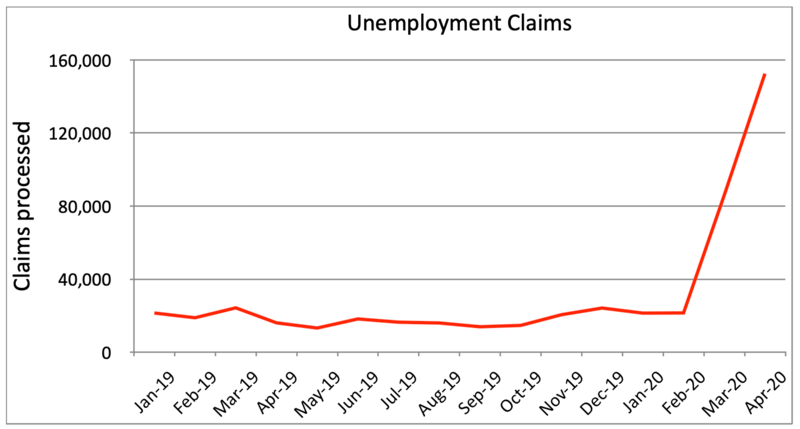 It has been nine weeks since Governor Brown declared a statewide emergency, issuing executive orders that pushed our state into economic chaos. Draconian edicts have limited our individual freedom, as well as shut down thousands of small businesses, while forcing hundreds of thousands of Oregonians out of work, with unemployment soaring to record levels.

The Governor’s original explanation for this unprecedented economic shutdown was based on expert advice that heavily relied on modeling — modeling that has been now seen as over predicting the virus’ full impact. At the time the governor declared she had no other choice but to take extreme measures to slow the spread, so that she could prevent our healthcare system from being overwhelmed.

That was then. This is now.

President Trump is following the principles set by our founders, allowing federalism to work. Reopening the country is up to each state — not a national one-size fits all approach. Each state has been largely in control of which policies they pursued during this pandemic. The Trump administration issued guidelines, not mandates, for reopening our economy. I give President Trump high marks. A lesser President could have taken advantage of the crisis to make nationwide mandates instead of leaving powers to individual states. With a country as diverse and complex as ours, nationwide mandates would have been unworkable and ineffective.

Some governors are leading their states based on facts — how much hospital capacity exists, infection rates and hot zones, how many people have died, families suffering from lost jobs, and so on. Other governors, sadly seem to be leading their states based on fear — lives must be saved at all costs; any rise in positive testing means longer times under Shelter in Place and Executive Orders.

An easy axiom to remember is this — life is inherently full of risks. While our goal should be to minimize risks, we must remember we can’t eliminate them (otherwise from birth to old age we would never leave our homes). How do you think Governor Brown is leading Oregon? Is she leading by facts or by fear?

I believe the Governor knew back in April that this virus’ threat to Oregonians was waning when she gave away all 140 of Oregon’s ventilators to New York — ventilators she complained about not having to the Trump administration just four days earlier. If her goal of saving lives were true, and Oregon was not passed the threat from COVID-19, then there is no way any reasonable person would’ve given away those life saving ventilators — all of them.

So what is going on?

It is clear our Governor is headed in the wrong direction. Her approach continues to be, not to govern, but to rule. Her decision to utilize particular statutes in declaring the state of emergency has sidelined the Legislature. Constitutional checks and balances between the Legislative branch and Executive branch have been eliminated on her sole authority. Moreover, she recently extended her emergency powers another 60 days, out to July 6th, even though our hospitals have plenty of capacity and Oregon ranks 44th in the nation with COVID-19 related deaths. James Madison once said, “Crisis is the rallying cry of the tyrant.” As states open up, some much sooner than others, it will be easy to spot the tyrants among us.

What we’ve learned so far:

While our Governor has unilateral authority, she and her Democrat party, also bear sole responsibility for our state’s economic woes. Preparation for emergencies are best done in times of peace and normalcy, not during pandemics. Governor Brown and her Democrat-led legislature have failed us on multiple fronts.

One glaring example is the Oregon Employment Department (OED). I get daily requests from constituents, who lost their job — due to no fault of their own — wanting to know when their unemployment benefits will arrive. Some have waited 4, 5 and even 6 weeks… and are still waiting. Back in 2009, the OED received $86 million from the Federal government to, in part, update and replace the then outdated unemployment claims COBOL mainframe computer system. Today that same system is still in place. This is not just a failure of government doing the necessary things during times of normalcy. This is a failure of leadership to properly prioritize and maintain critical systems. During the last 12 of 14 years, Democrats have owned majorities in the Oregon House and Senate, as well as, occupied Governor’s office. Democrats have set all of the state’s budgets and priorities.

Sorry isn’t good enough for Oregon. We need real leadership through this crisis. We need real checks to Governor Brown’s power. By the Governor’s own failures, and comparison with other states, she is letting the cure become far more damaging than the virus itself. Oregonians deserve better, much better.