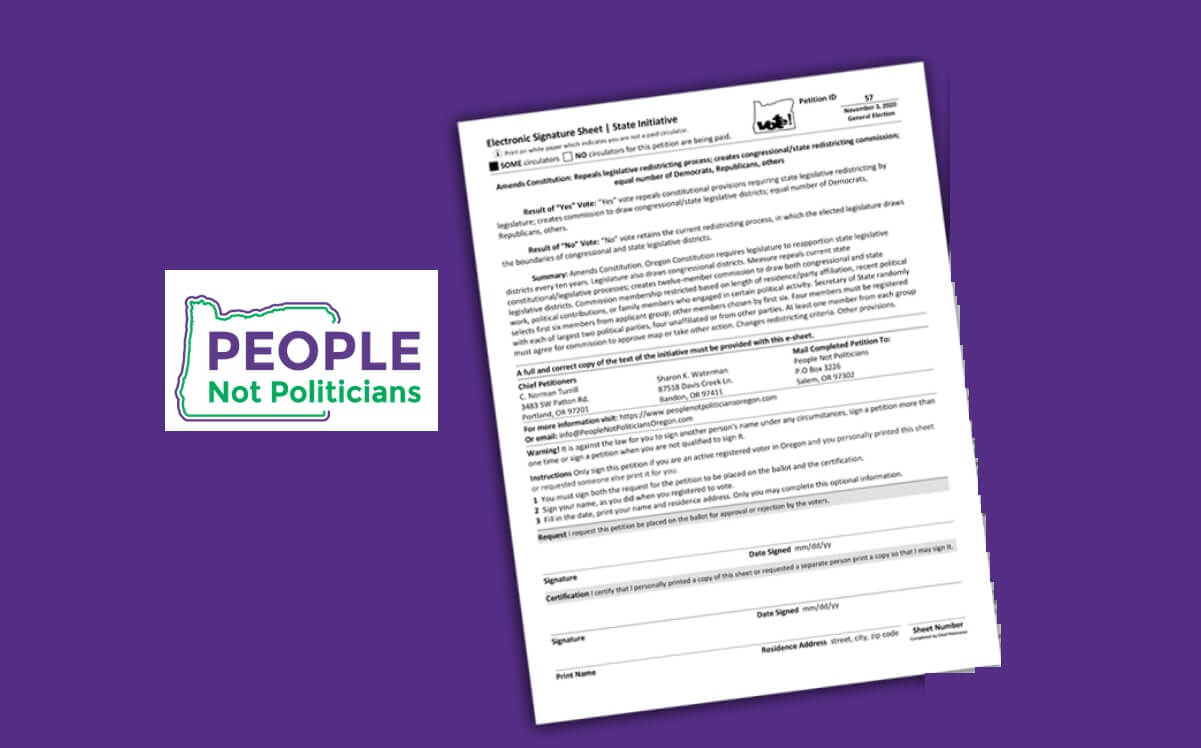 The petition to put people in charge of their own local political boundaries, instead of politicians, was launched this week with a statewide call to gather signatures online.

“These are uncertain times, but democracy doesn’t stop. We believe, and a large majority of Oregonians agree, that every Oregonian deserves to be represented and every eligible voter’s vote should count,” said Norman Turrill, Chair of People Not Politicians.

Right now, the party in power gets to set their own political districts which has led to boundaries based on political favoritism, partisanship and unnecessary dividing of communities.  The petition would help create independent citizen redistricting commission comprised of Oregonians and create representation where it is currently left out.