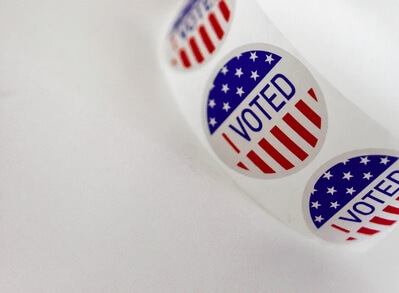 The Taxpayer Association is part of a diverse coalition ( Independent Party of Oregon, NAACP, Taxpayer Association of Oregon,  Oregon Farm Bureau, Common Cause,  League of Women Voters, more) seeking a ballot measure to stop politicians from rigging their own electoral districts.  Please read their opinion below and support them:

This simple concept is the basis of our electoral system. It is embedded in the U.S. Constitution’s opening three words, “We the People.” And it is the principle behind a series of ballot initiatives that could reshape Oregon’s political future.

Under current Oregon law, state legislators redraw the boundaries of congressional and state legislative districts after each census to adjust for population changes. This once-in-a-decade system was designed to ensure that each district contains roughly the same number of people.

In the 2020 census, Oregon is projected to gain another U.S. congressional seat due to population growth, which means not only will we have a new district and a new electoral vote, but all five of our existing congressional district boundaries will radically change in shape and size. Not only are congressional districts redrawn, but so are the 90 state representative and state senate seats that make up Oregon’s Legislature. Every single Oregonian will be impacted – every single Oregonian should be represented.

These significant changes make the need for a fairer process more important than ever.

A diverse coalition, People Not Politicians, has united across party, identity and geographic lines to propose a fair and transparent redistricting system that puts everyday Oregonians in charge of drawing these districts. We are asking voters to support a series of measures proposed for the November ballot that would create an independent citizen redistricting commission to draw Oregon’s voting maps in 2021 and beyond.

The independent citizen redistricting commission would be made up of ordinary Oregonians — four members of the state’s largest party, four of the second largest party, and four registered voters unaffiliated with either major party. No lobbyists or consultants, big dollar political donors, party officers or elected officials would be allowed to serve.

The commission would draw district borders with respect to geographic and voter diversity, reflecting city, county or other natural boundaries, as well as language, racial or other communities of interest. Favoritism or discrimination against any political party or office holder is prohibited. Perhaps most importantly, the entire process would be completed with full transparency and public meetings held across the state, instead of behind closed doors in the Capitol.

This reform would put Oregon at the forefront of history. We are the latest voice in the chorus of activists across the United States calling for people, not politicians, to be the center of the redistricting process.

Oregon is known for its ballot initiative process which gives ordinary voters the ultimate say in the biggest issues facing our state. Likewise, our coalition of unexpected allies – which includes nonpartisan groups Common Cause and League of Women Voters, the Independent Party of Oregon, NAACP, the Taxpayer Association of Oregon and the Oregon Farm Bureau – wants to put people, not politicians, in charge of drawing our maps.

To be clear, this reform isn’t about taking power from one party and giving it to the other. The goal is to give Oregonians the opportunity for a fair, transparent process by which voting lines are drawn which will allow for more competitive primaries and general elections, for historically marginalized communities to be represented and for elected officials to be held accountable to their voters. It’s about unrigging the electoral system and holding our officials accountable to the growing number of people who call Oregon home.

Oregonians face a choice – to let politicians draw districts in a way that serve their own interests, or to reform Oregon’s redistricting process with a fair and transparent process to draw districts that represent all Oregonians.

After all, the Constitution does not begin with the words “We the Politicians.” In fair elections, voters pick their leaders, not the other way around.