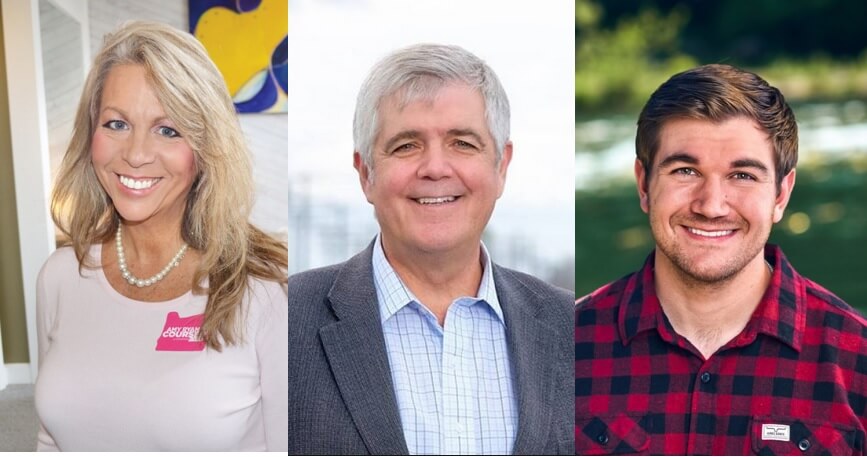 By Taxpayer Association of Oregon PAC

A common trait in the three contended GOP Congressional primary victories was a sense of authentic niceness and positivity.

It was good to have a lot of quality candidates running to replace Congressman Walden in in the Second Congressional District Primary. When Senator Bentz first announced, the most common statement I heard from fellow Capitol friends was “he’s too nice” to run in such a hotly contested seat. If you know Bentz you know what I mean. Even his campaign television ads reflected his very mild manner, easy going personality, a very different mood than what I expected. Bentz was overwhelmingly outspent (4 to 1 by his top two opponents alone!!!), but his homespun down-to-earth message got through.

The 5th Congressional race had five challengers. Amy Ryan Courser chose to lead with a positive vibe from the beginning and you can tell it was contagious as it attracted a large number of volunteers and citizen engagement. Like Bentz, Courser was outspent (nearly 10 to 1 by her opponents!!!!) but came through by winning more votes than all four of her challengers combined. That is a big accomplishment and I think her positive, pro-active energy had a lot to do with it.

The 4th Congressional District had two challengers, with international hero, Alek Skarlatos taking the win by large numbers. For those people who met Alek, they come away admiring his authenticity – something that he didn’t lose when he had his moment in the spotlight, or his film, or his TV show gig. Look at Alex’s campaign, he’s keeping it positive, cool and engaging.  On fundraising Alek Skarlatos out-raised his November opponent and incumbent Peter Defazio by a two-to-one margin.  When was the last time you saw a new independent fresh face enter politics and out-raise a 30+ year incumbent for Congress? Keep a close eye on Alek because I think we are going to see a lot of great things come from his campaign.

The challengers were good this year, (and we are in no way saying they were not nice) but it seams like a spirit of positivity shown a bit brighter in the winners and may be a sign of things to come.   These candidates will need to be aggressive come the fall (something many candidates have a hard time with) but aggressive doesn’t mean losing your identity or positive drive.