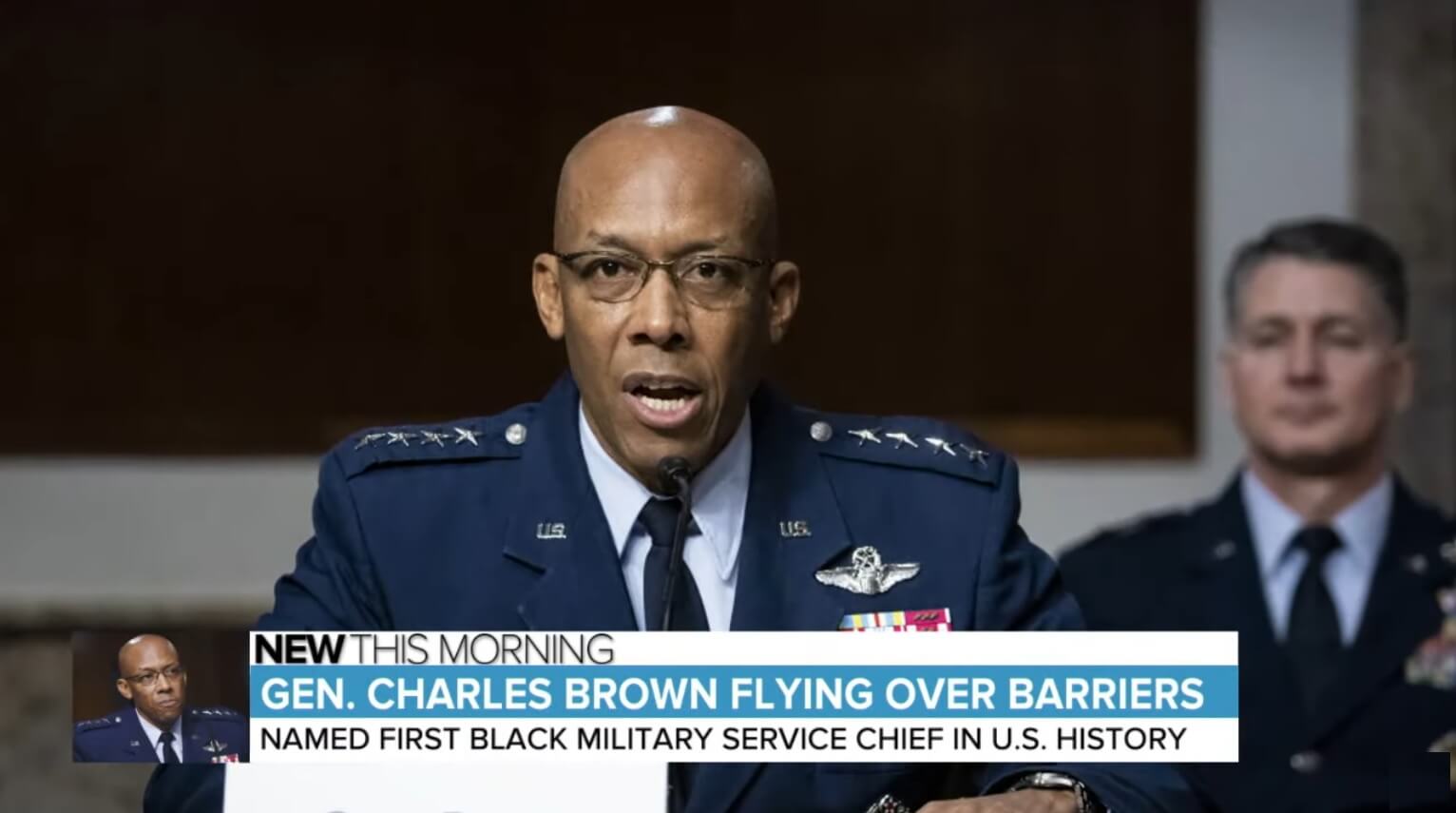 This week the Senate confirmed General Charles Q. Brown as Air Force chief of staff. Here is a snippet of his address:

I’m thinking about how full I am with emotion, not just for George Floyd, but the many African-Americans that have suffered the same fate as George Floyd. I’m thinking about protests in my country—’tis of thee, sweet land of liberty—the equality expressed in our Declaration of Independence and the Constitution that I’ve sworn my adult life to support and defend.

I’m thinking about our two sons, and how we had to prepare them to live in two worlds. I’m thinking about the frank and emotional conversations that my wife and I have had with them just this past week, as we discuss the situations that have led to the protests around our country.

I’m thinking about how I may have fallen short in my career, and will likely continue falling short living up to all of those expectations. I’m thinking about how my nomination provides some hope, but also comes with a heavy burden. I can’t fix centuries of racism in our country, nor can I fix decades of discrimination that may have impacted members of our Air Force. I’m thinking about how I can make improvements—personally, professionally and institutionally—so that all airmen, both today and tomorrow, appreciate the value of diversity in a conservative environment where they can reach their full potential.

—— Taxpayer Association post-script: Because the chaos on America’s streets has been historic and because the issue of race is among America’s most complicated and heart-rendering of issues the Taxpayer Association is publishing short update articles that include new constructive voices as part of a “new voices” series. If you have a suggestion of a “new voice” please email us at [email protected]