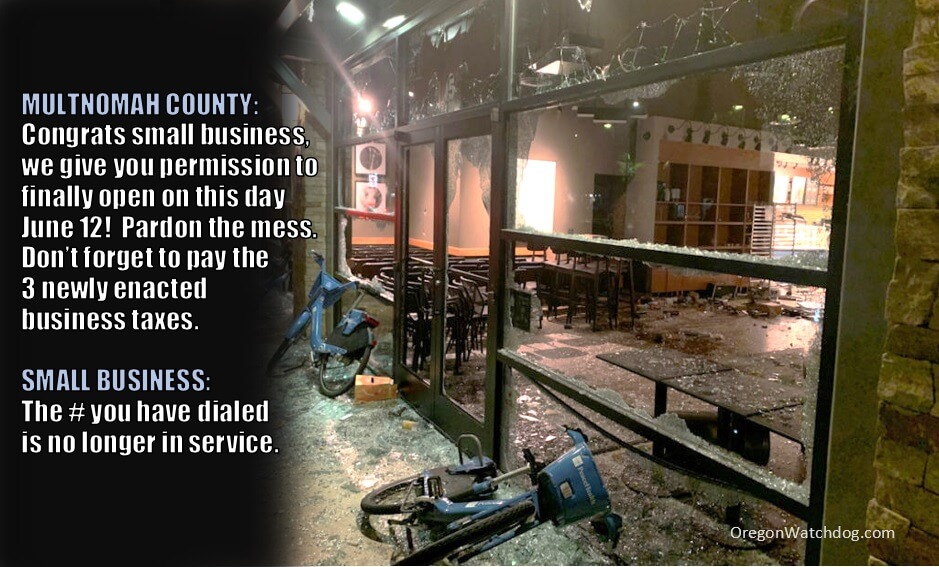 Most Oregonians seemed shocked that Multnomah County has still been closed until today June 12th, while all other counties and most of the entire country has experienced their phase 1 re-open weeks ago.

Most people do not know that many Portland downtown businesses boarded up their storefronts way back in March because some neighborhoods became ghost towns so devoid of people it became a crime threat. That was before local officials allowed thousands to riot and loot the same downtown a few weeks later.

While those businesses were putting up boards on their storefronts in March, Multnomah County had the wisdom to raise their Business Income Tax by nearly 30%.   Also in March, METRO was pushing their new quarter billion business and income tax.  By April, many Portland businesses got hit with their first payment of the newly enacted Corporate Activities Tax.   This new CAT tax hit businesses on their revenue, not profits, so as businesses were bleeding both customers and profits extending into four months, their taxes remained unphased because it was set on any money that came in during the year regardless of the historic drop in profits.

Speaking of historic drops, check out this chart: 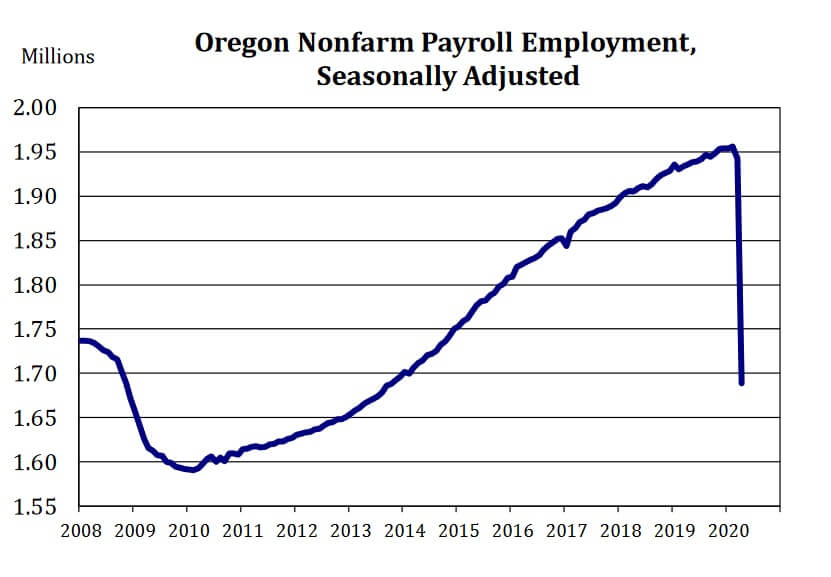 Multnomah County has been unfriendly and reckless with business the entire year; (1) late to open (2) not providing public safety and (3) overloading them with new taxes at the worst possible time in our lifetime.   As Clackamas and Washington County re-opened, Multnomah restaurants (doing take-out) saw big declines.  It was just another way local small businesses saw unnecessary pain due to the County’s poor decisions.