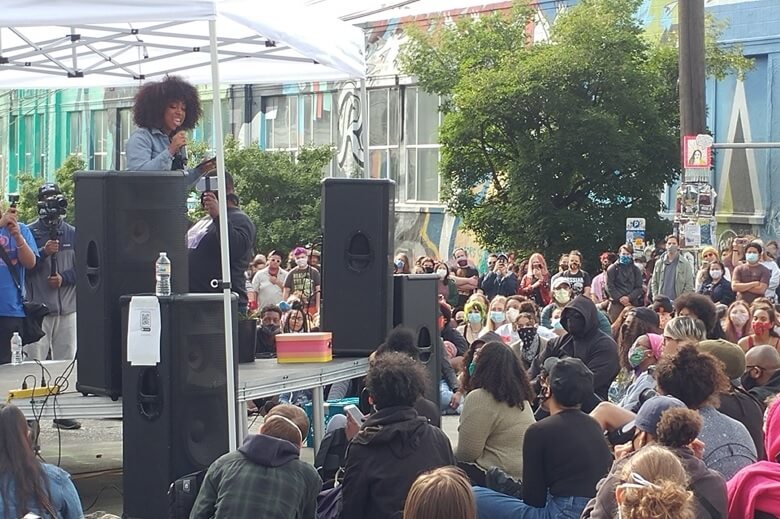 Upon visiting the Seattle’s “Capitol Hill Autonomous Zone” I was able to hear many speakers share powerful personal testimonies of racial prejudice, injustice and violence. Many of the problems and solutions offered were ideas that conservatives, Libertarians, Republicans, Independents and Free-Enterprise friendly thinkers would embrace. Here are some:

A poet shared on the crime of the many black women who were murdered and their criminals never saw justice. She also spoke on a black woman who was jailed for defending herself against a man who had raped her several times.

[Editor’s note: Might conservatives find agreement with black women who are fighting for the right to defend themselves from crime? And also find agreement that too often criminals go free?]

A speaker shared on the importance of carrying a gun and reminded everyone they were in an open-and-carry state.

[Editor’s note: Might conservatives find Second Amendment agreement with those who support the right to bear arms?]

A speaker shared on how his son was shot and wounded by a rogue policeman. The officer’s long record of citizen complaints contributed to the family winning a settlement on the shooting. The officer was able to go to another police department and not have his record follow him. He blamed the police union for protecting bad cops and demanded change to police unions.

[Editor’s note: Might conservatives find agreement with people like Richard who want unions to stop protecting bad cops. In Oregon, we saw how teacher’s unions protected child abusing teachers as they went from school to school.]

He also spoke on a populist idea on having city police chiefs being elected in Seattle. 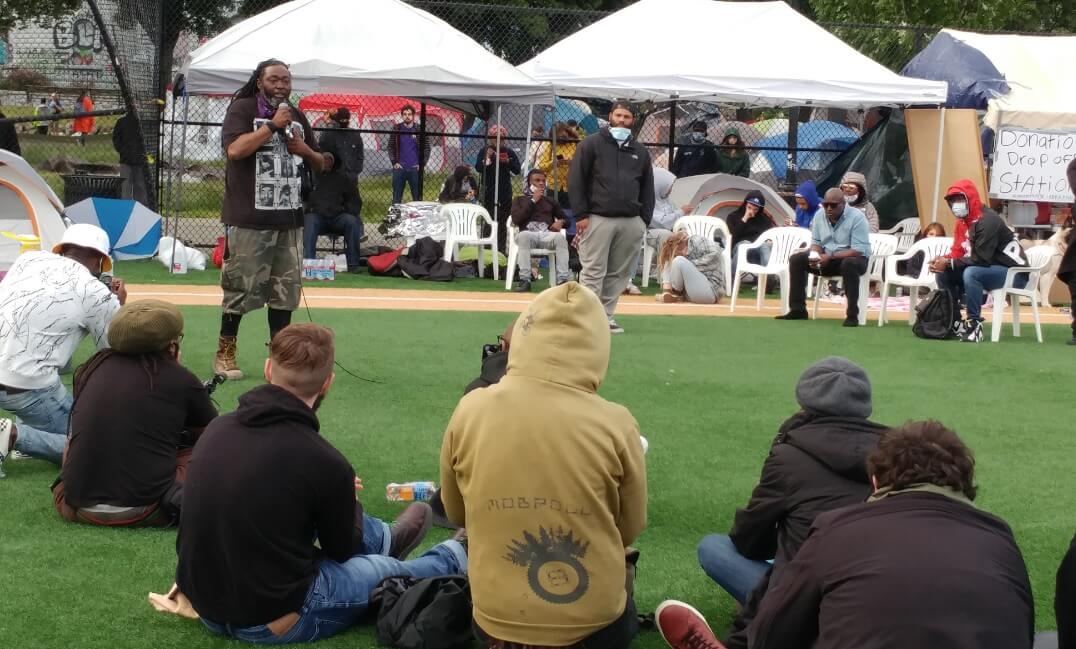 A speaker named Richard shared on how the only way for black Americans to find true freedom is to become successful entrepreneurs and set up their own industries likes banks, grocery stores. He said “We don’t want to depend on anyone else for our housing, our food and our schools”. He wanted blacks to be independent, self-sufficient and able to take care of each other.

The same speaker shared on how one of the best solutions to young black men finding a job is the self-employment and trade sector which do not care about a person’s criminal history. He said we must find ways to boost these types of jobs.

[Editor’s note: Might conservatives find agreement with the call to make it easier to have your own job? Did you know the barriers to creating your own job, like occupational licensing, continue to rank among the top complaints among small business owners?] 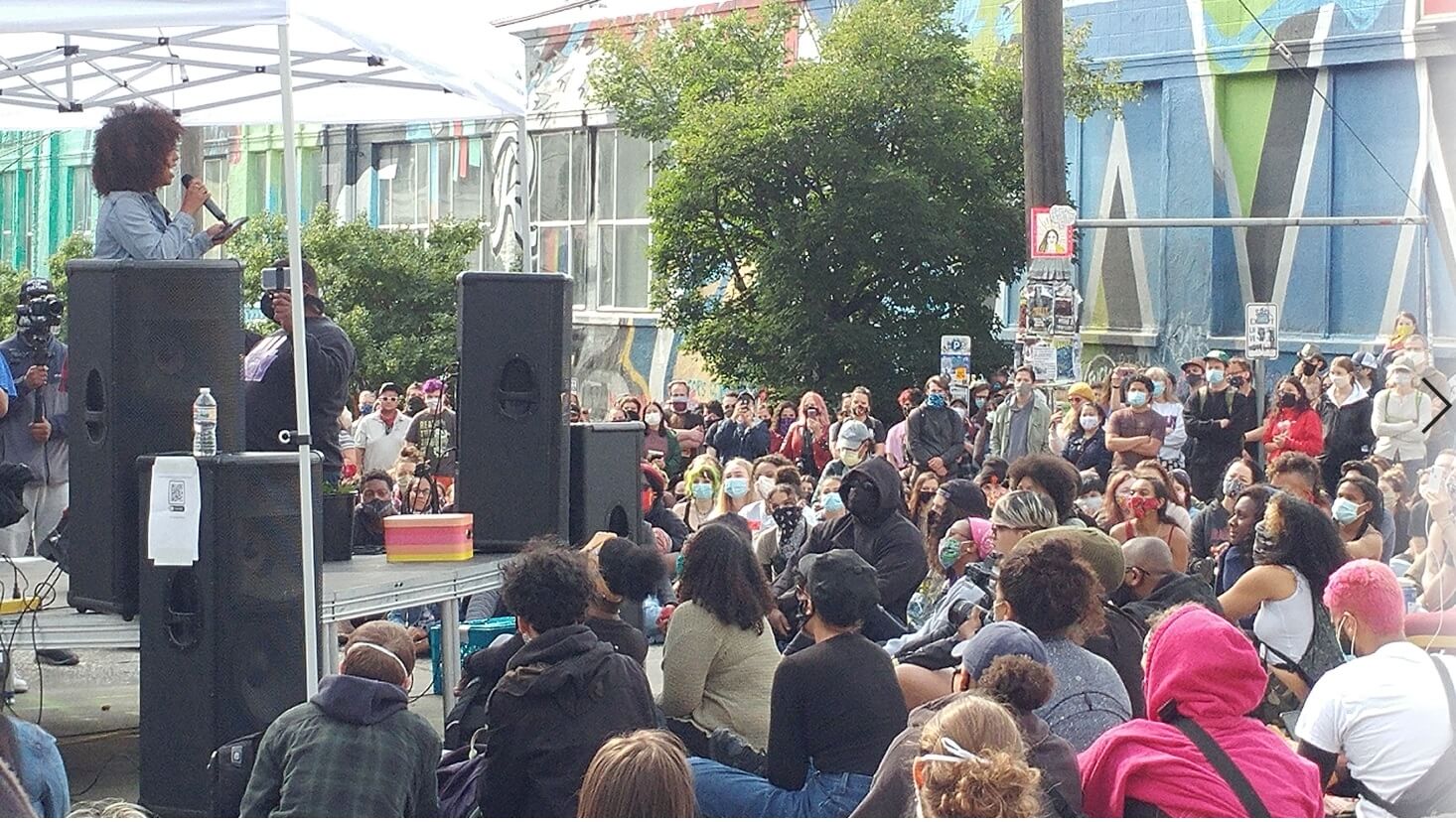 The poet spoke on her personal experience. In kindergarten she immediate felt different than her mostly white students. Continual remarks about her curly hair made her want to make it straight. Even in kindergarten she wanted to bleach her skin white so she could fit in. The poet called all the young black women in the crowd down to the front of the stage so she could encourage them because she never had that encouragement as a child. 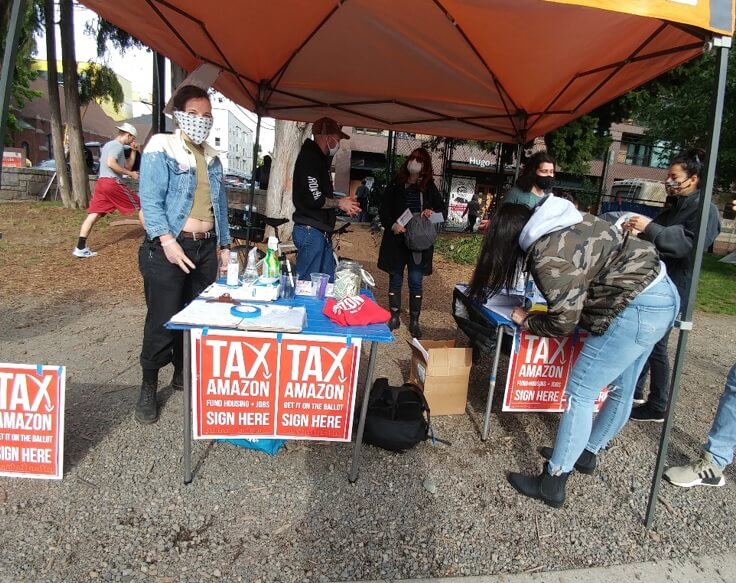 The Amazon Tax petition person said that they were tired of giving special massive tax breaks to big corporations only to have them leave town to chase another government subsidy.   They further lamented that government subsidies are offered for businesses that already planned on moving into the state.

[Editor’s note: That’s what the Taxpayer Association of Oregon believes!!!! Give those people a high-five!   Both liberals and conservatives hate special corporate welfare deals]

I list all these examples as a starting point on how all political sides can find common ground in the fight for racial injustice – even common ground heard at an anarchist rally. The issue of racial injustice is so complicated, contentious and perniciously evil, that is requires extra measures of attention, listening and working together to solve.

— Please note: It took over 11 hours of travel, interviewing, note taking, writing and editing in order to produce these two articles in a timely matter. If you value independent reporting from a liberty perspective, then please make a donation. Contribute online at OregonWatchdog.com (also learn about a Charitable Tax Deduction or Political Tax Credit options to promote liberty).