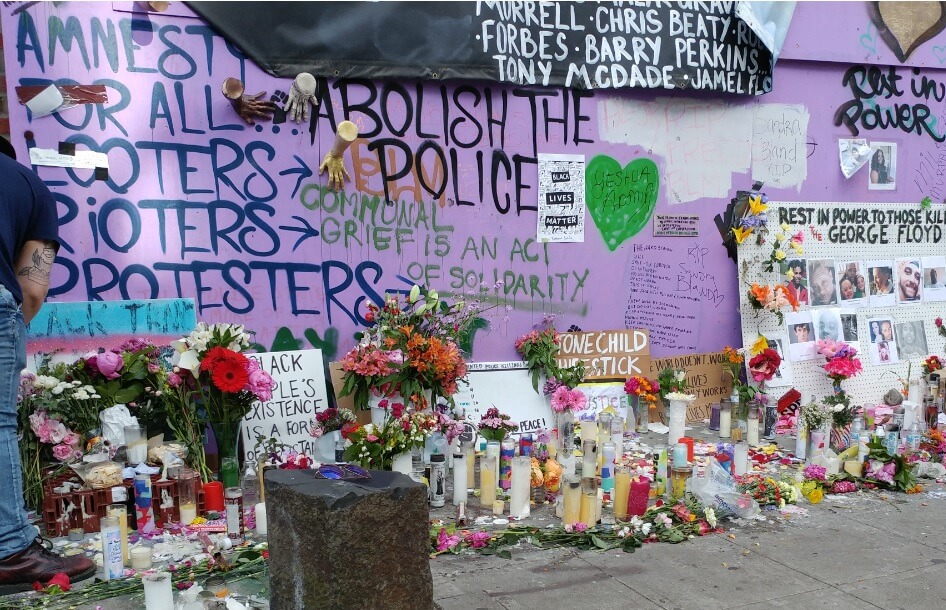 DISCLAIMER: This article is about the criticism of the anarchy zone, Capitol Hill Autonomous Zone and it’s anti-cop politics. To read positive aspects and its race messages please read the companion article (part 2) “Seattle ‘Autonomous Zone’ truths conservatives may agree with”. The topic of race is so important and yet painfully complicated it deserves its own separate article.

Upon my first entry into Seattle’s famous Capitol Hill Autonomous Zone, two guys came up and stole the barricade. Someone complained. Another replied “Don’t worry. It’s everyone’s Sh*t now”. I realized I have truly entered into a lawless anarchist zone. 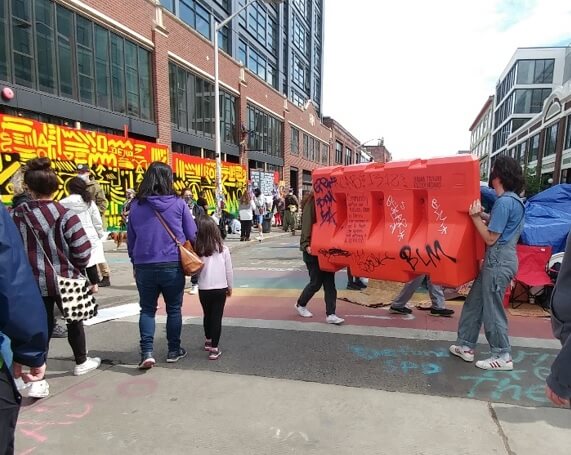 I saw what I never imagined I would ever see, an abandoned police station boarded up and defaced. 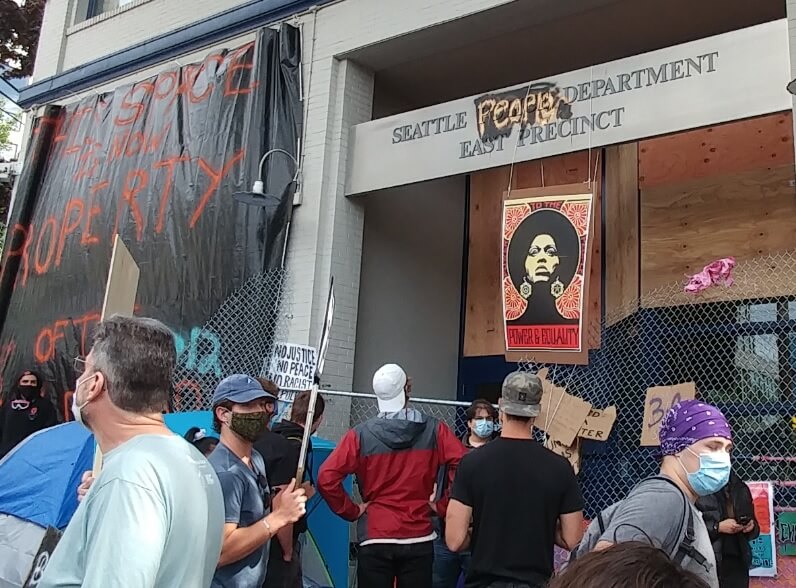 Nearby was a large crowd and a passionate speaker imploring people to bum-rush the cops the next time they show up. She said the crowd control cops were usually only about 30 people and the autonomous zone crowd were over a thousand and could easily overrun them. By doing so no-one could stop them. Witnessing a speaker stir up a crowd to possibly stampede our law enforcement was disturbing. 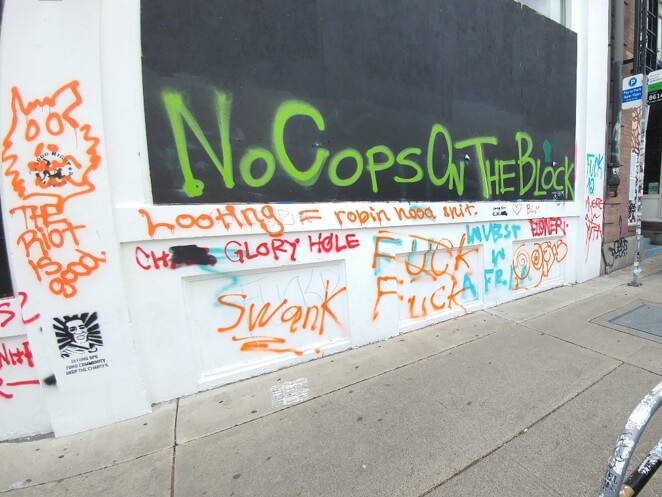 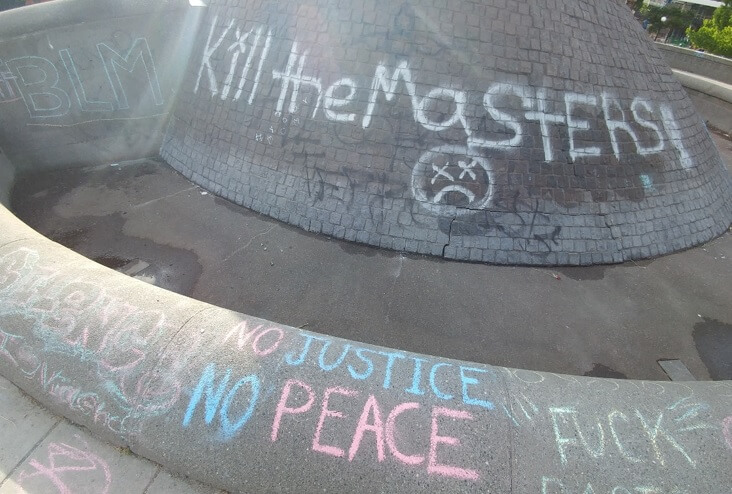 Another speaker running as a political candidate, shared that cops showing up to a crisis call only makes things worse. She said police showing up to a scene “rarely ever help”. 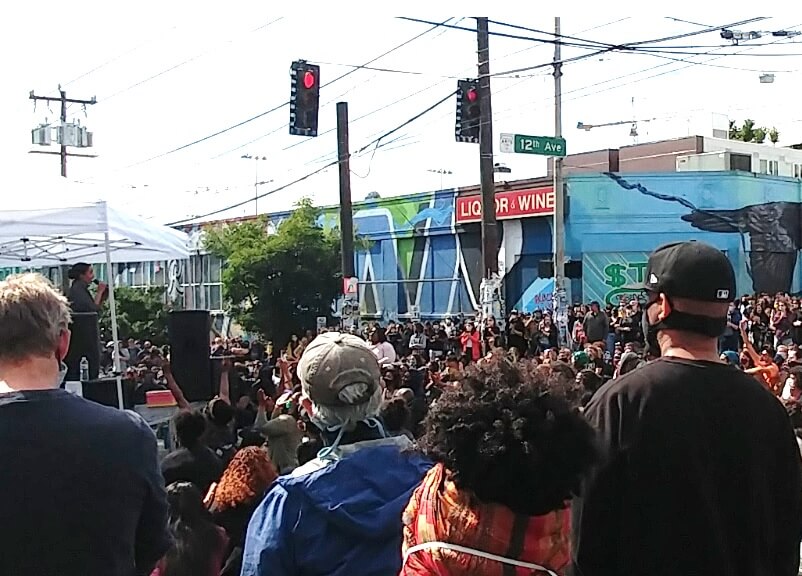 I saw three guys graffiti a restaurant parking lot in broad daylight and no qualms from the crowd. The restaurant was in the zone and still operating. 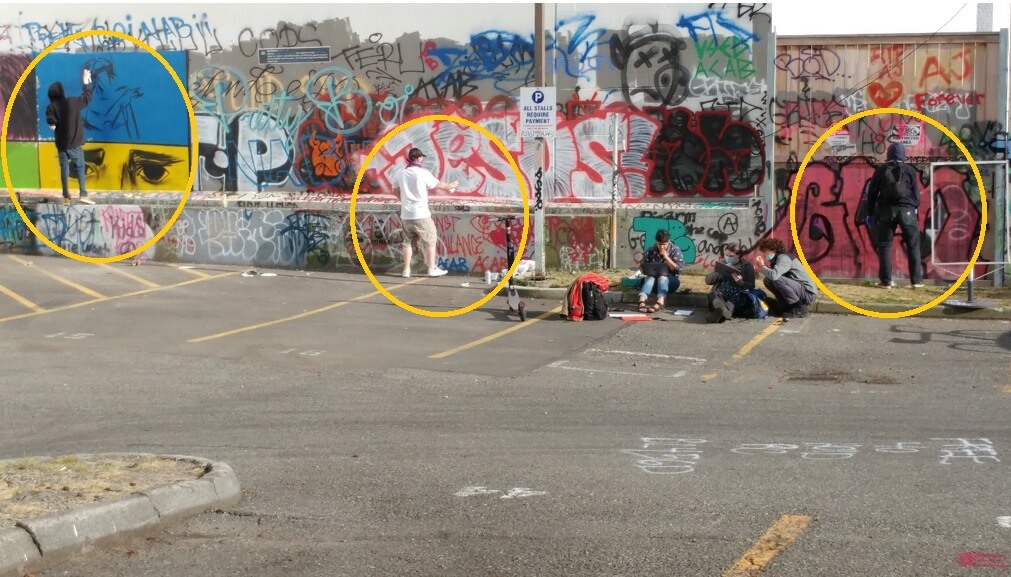 Then I saw a mom teach her very young children how to use spray paint to vandalize the public street. – One person explained that violent crimes only happen when cops show up. If cops didn’t show-up there would be dramatically less crime.
– A self-identified socialist, said Cuba was a good role model for America.
– The same socialist also said, we can eliminate crime if we invest in preventative measures like funding social programs.
– A common explanation to eliminate police was to replace them with de-escalation experts who could counsel people away from committing crimes.
– If people see a gun on a cop, it will make the person more likely to commit a crime.  We should remove guns from cops to reduce crime.
– Upon asking where a police-free utopia has worked, I was given the very ‘Autonomous zone’ we were currently in as a real-life living example of people living in peace and harmony without law enforcement.

(* note all the people’s views recorded in this article are from either official public speakers or various activists involved in related political campaign efforts within the zone.  They were not random people off the street.)

One speaker shared on how we need to start America from scratch all over again. She said America does not work for the 99% of us. This was a common theme as others spoke on how America was corrupt from the very beginning and therefore basically required a start over.

How do you Enforcing laws in a lawless zone?

Enforcing laws in a lawless zone was a critical question. In fact, several signs repeated the saying “In a world without cops we must never again be the cops ourselves.” One of the anarchy zone leaders pronounced that they were having security problems and issued a special security discussion meeting later that day. She shared on how she tried to get a belligerent man to calm down and was immediately chastised by other anarchist for being “bossy” and for being authoritarian. These anarchist were having a sincere public inner-struggle on how to make people obey laws without using force that would seem excessive.

The autonomous zone has been struggling to define who their leaders are and how to pay for it.

The other important issue was raising taxes

One of the only other repeated political themes outside of racial justice and cop-bashing was the support for higher taxes. The Amazon Tax petition to tax the top 2% of corporations was prevalent in the zone. Amazon was derided throughout the day in various forms. Other forms of class warfare messages of “loot the rich”, “tax the rich” and “kill the rich” could be found. There were many positive elements:

It is important to know that amidst the anarchists, lawlessness, cop-bashing and dangerous messages there were lots of good hearted people who showed up simply because they wanted to fight racism.  Many of the messages on racism were deeply moving and powerful, worthy of its own article (please read our part 2 article Seattle ‘Autonomous Zone’ truths conservatives may agree with).  There were lots of open discussions groups where everyone was invited to discuss and share.  While some speakers seemed to encourage chaos, others were very for peace, and very honest and humble, saying things you rarely hear (in a political rally) like “please excuse us we are going to make mistakes” and “I’m not perfect, please talk to me afterwards if you have a better idea”.  It would be dishonest of me to exclude in this article the very impressive positive things that I witnessed and that I think others can learn from.

Before the anarchist took-over Capitol Hill, there were days of rioting and looting in downtown Seattle. Entire blocks were boarded up from the damage. It was like a hurricane zone. 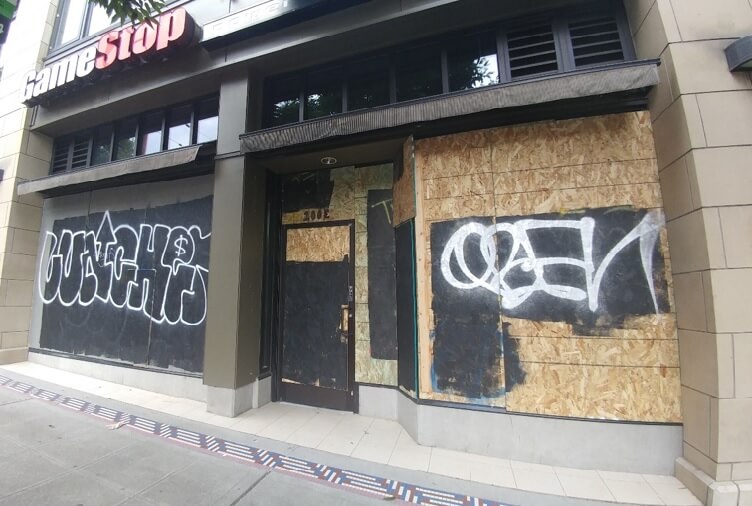 During the looting of downtown Seattle, one business was able to catch the thieves in action and have them arrested. It turned out that the thieves had in their possession brand new burglary tools. This demonstrates that when liberal extremist open the door to rioting, it also opens the door to the non-political criminal class to wage open looting of people’s property.

A national cell-company with a store on the block tried to be clever by covering up their boarded up storefront with murals about “let us talk” about race and also “Black Lives Matter” signs. That only encouraged people to vandalize their mural. 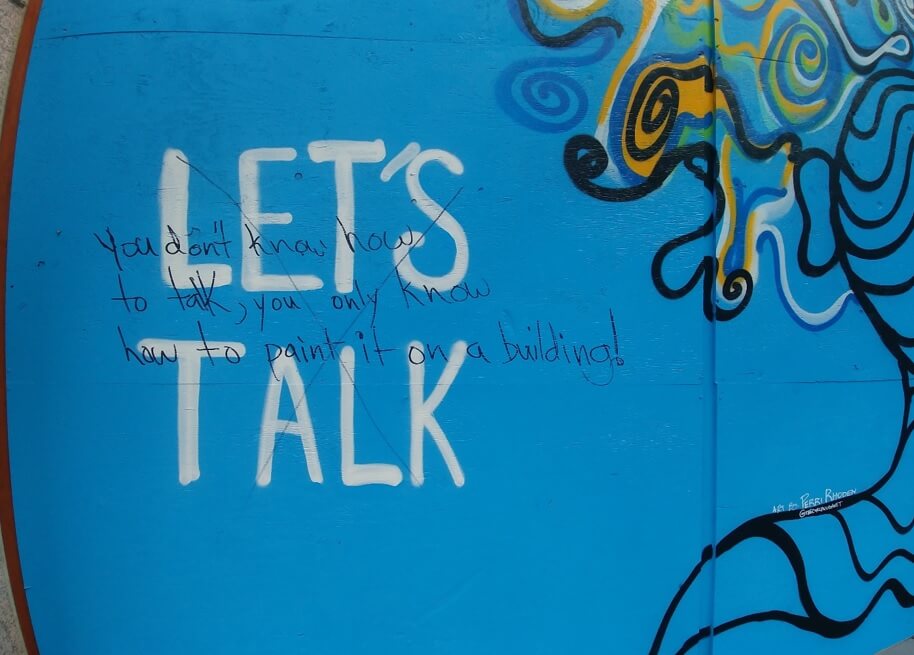 The only time I saw a Black Lives Matter sign vandalized was when this corporation said it. People beg not to be harmed

One sign downtown asked rioters not to set their block on fire because “people live here” in upstairs apartments. — Please note: It took over 11 hours of travel, interviewing, note taking, writing and editing in order to produce these two articles in a timely matter. If you value independent reporting from a liberty perspective, then please make a donation.