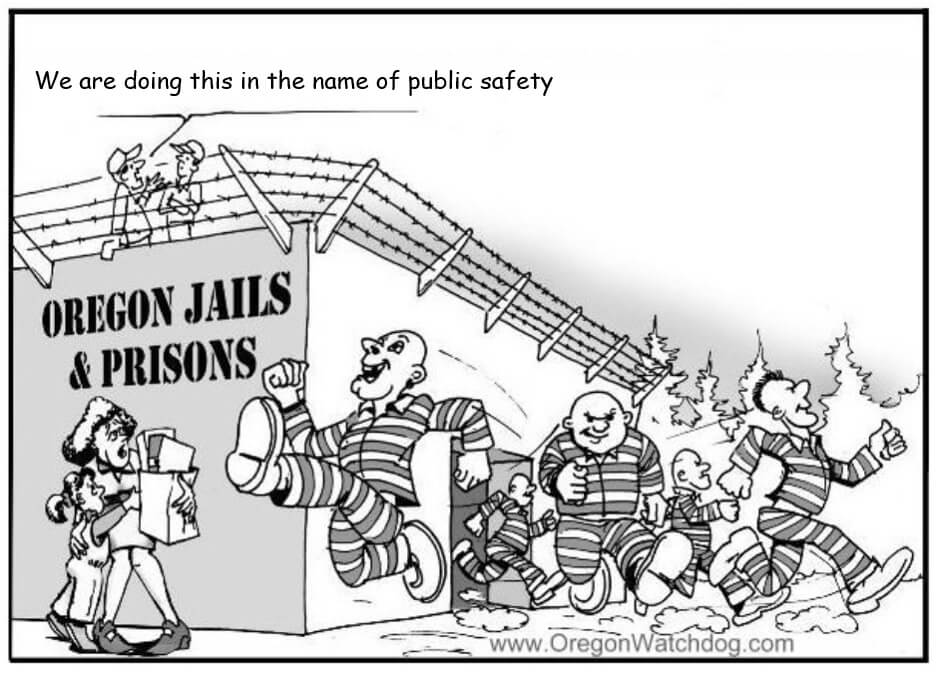 Governor Kate Brown announced 100 prisoners selected for early release as a health safeguard against coronavirus spread. State Representative Janelle Bynum said this was a good “first step” and then proceeded to join other lawmakers in a call for releasing 2,000 more prisoners.

The idea of early release drew criticism from prosecutors who questioned why the move is necessary three months into the pandemic.

“What has (the Department of Corrections) been doing to plan for this?” said Washington County District Attorney Kevin Barton. “Their job is to keep these people housed. These are all convicted criminals. They have had their day in court. They have been convicted and it’s the Department of Corrections’ responsibility to safely house these inmates.”