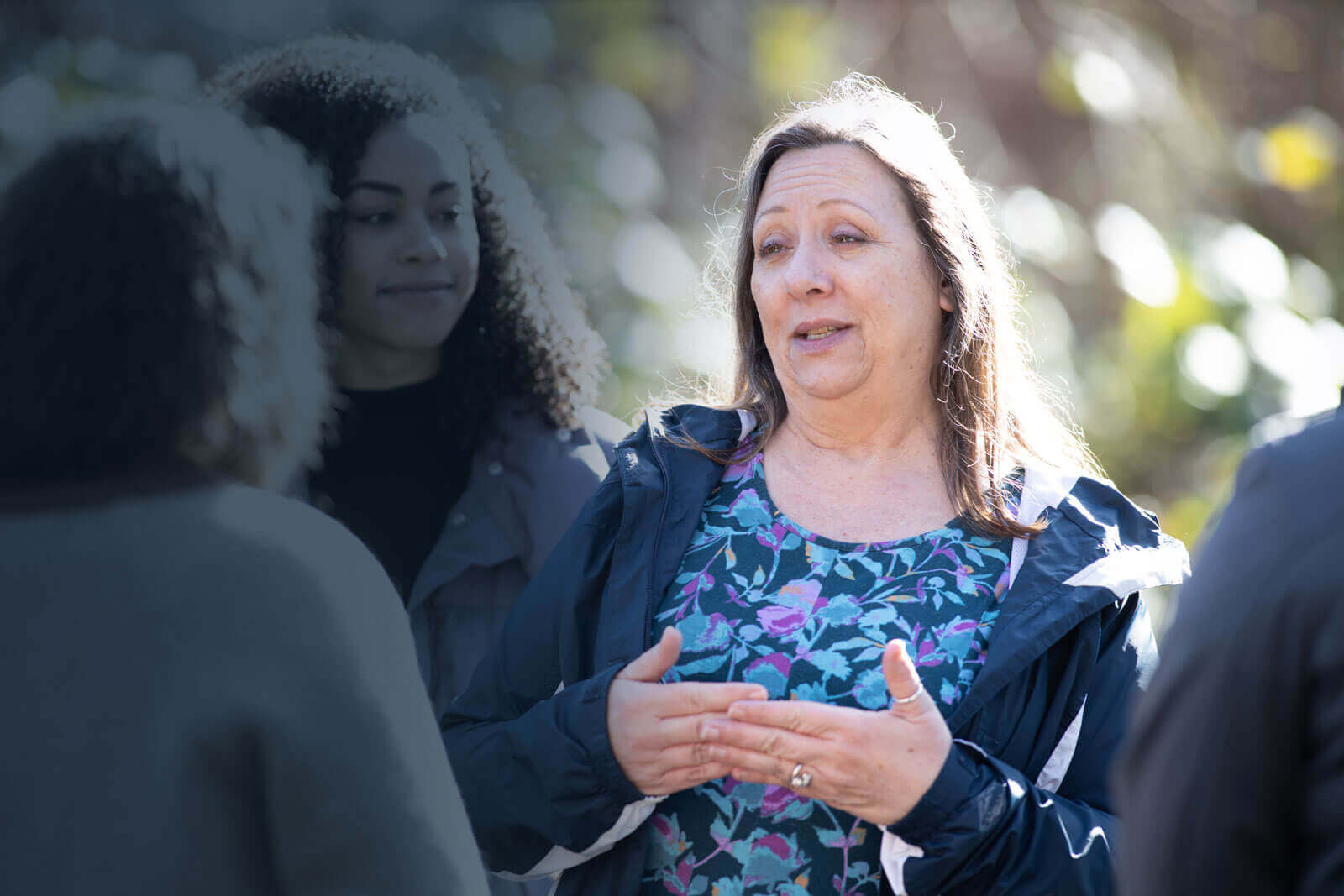 Indivisible, a national, outspoken far-left group, recently took a position on the highly controversial topic of defunding the police. Their website calls on its members to contact their “local and state officials and tell them to defund your local police department.” You can view the rest of their statement on this issue here. 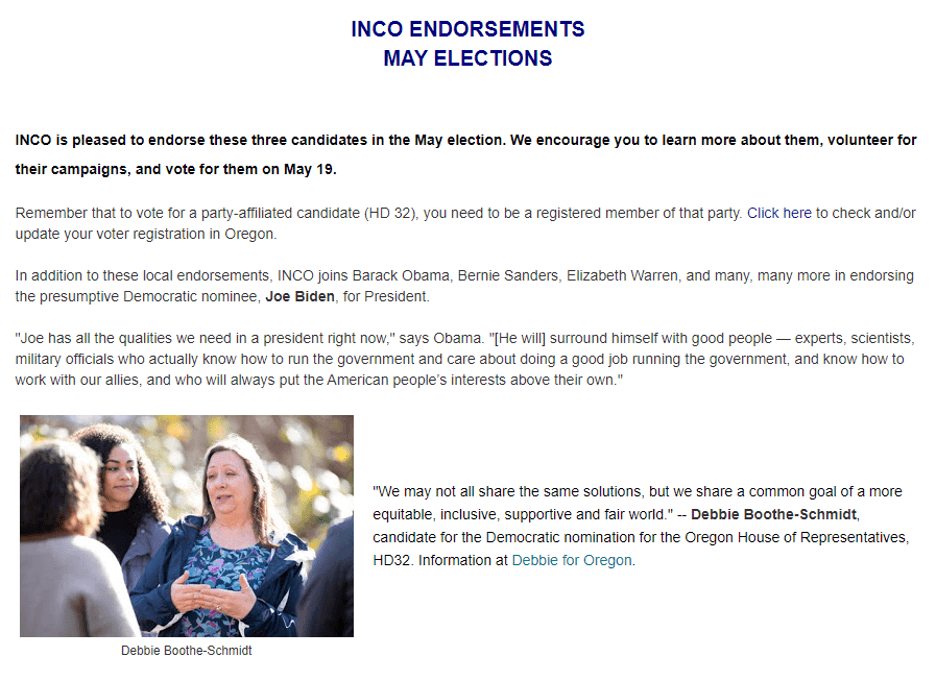 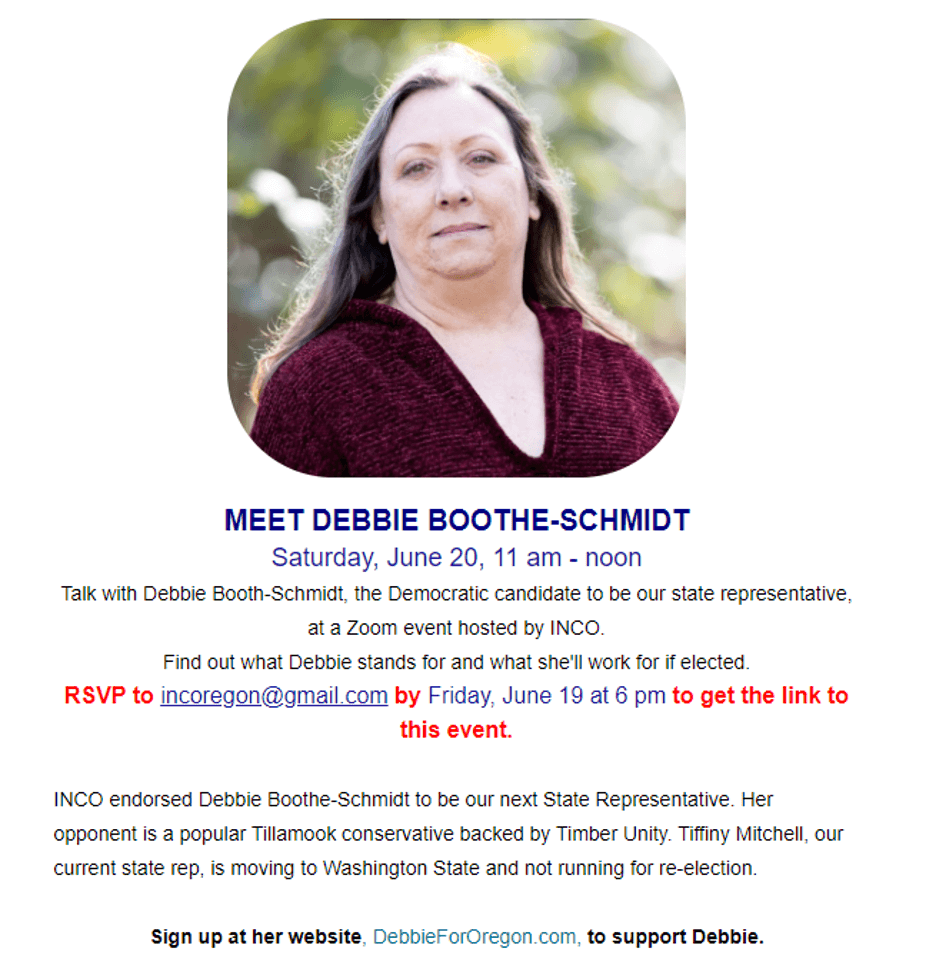 Debbie Boothe-Schmidt has, thus far, kept a low profile during what is seen as one of the most competitive elections for the Oregon Legislature. Boothe-Schmidt has refused to take a definitive stance against all future Cap & Trade proposals, a significant issue in this heavily forested district where voters just ousted two incumbent Clatsop County commissioners who refused to oppose Cap and Trade.