After days of vandalism and destruction, protestors damaged the base of the Elk statue above the David P. Thompson Founatian in downtown Portland focring its removal. The statue has been in place for 120 years. 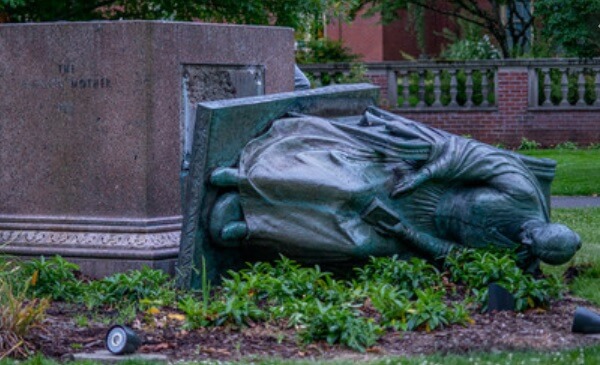 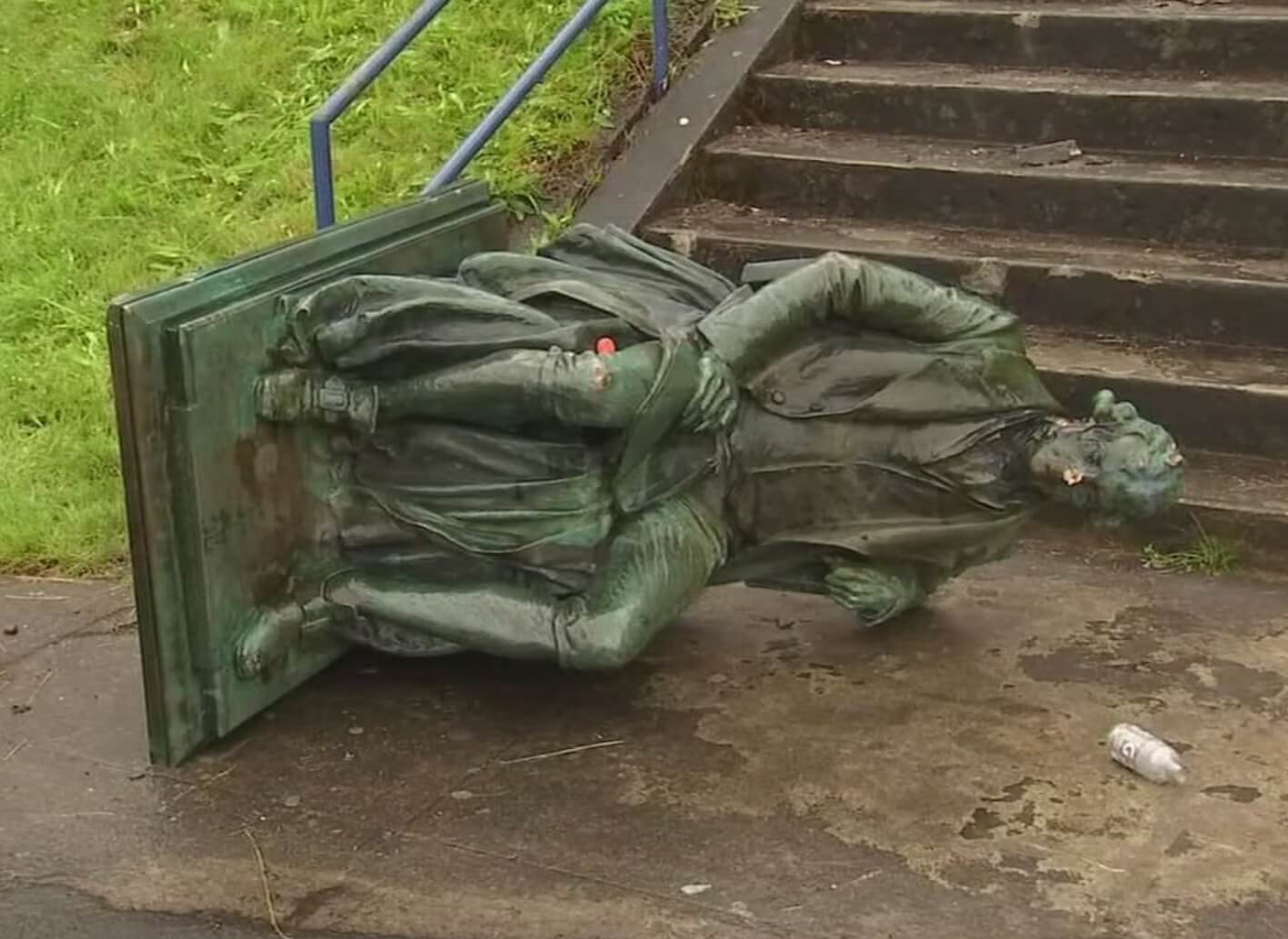