There is certainly plenty of bad news out there to mope about, or in some of my conservative friends’ outlook, deny and ignore. But there is one fact that everyone should celebrate. America’s healthcare system is actually really good at treating Covid-19.

This was true even in the beginning when the doctors around the world were still learning what worked best. In March, the prime tool available for a patient unlucky enough to have a lot of ACE2 receptors on his cell walls that fell into a cytokine storm was a ventilator. The whole world scrambled to buy ventilators, but the United States enjoyed a comparative advantage: we already had the highest distribution of ventilators proportioned to a population. 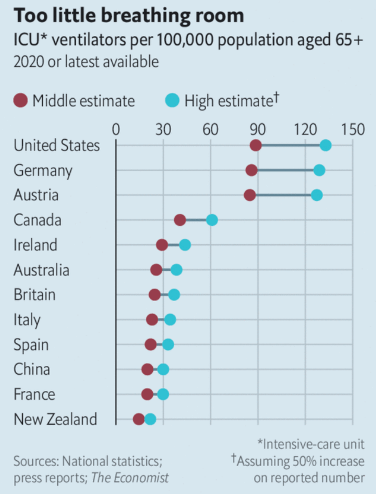 How could that be? The answer should be obvious. The United States thrives at anything that is capital intensive. Captial is cheap in this county. Speaker Paul Ryan ensured the 2017 tax cut was designed to keep capital cheap.

The other advantage we have had is a mostly private healthcare sector. When progressives point to savings from a single-payer healthcare system, they contrast it with our private hospitals that use so many expensive gadgets. There may be some truth to that, but there is also a trade-off. The world’s battle against Covid-19 has shown that if you catch the disease, it’s better to be treated in an American hospital than in one run by the ultra-low-cost British National Health Service. 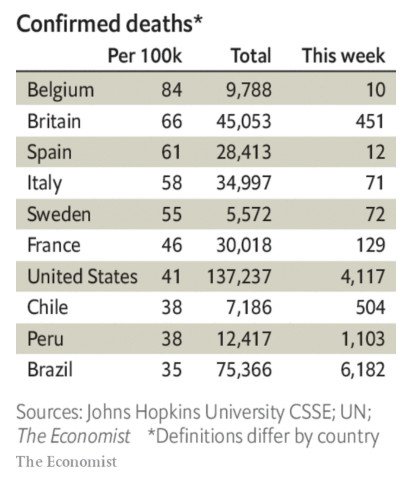 As a country, we could be better at managing the spread of SARS-Cov-2. But few countries on this planet are as good as we are at treating it when it becomes serious.