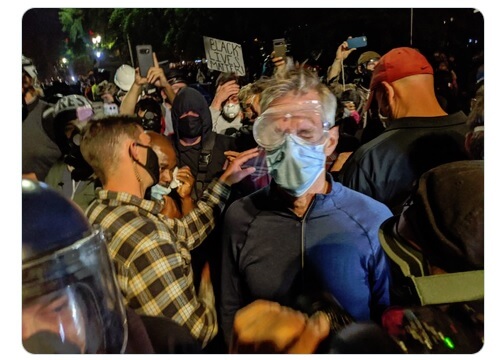 After spending weeks verbally criticizing his own Portland Police Department and demanding Federal agents to leave Oregon, Portland Mayor Ted Wheeler decided to show solidarity with protestors by joining their protest. The Mayor, along with his security detail even joined protestors to the embattled Federal Courthouse fence which has been a source of much violence as protestors have been trying for a second time to get inside and destroy the courthouse.

Mayor Wheeler was met with insults, harassment and throwing projectiles.   It was too much for his private security detail.  Ironically, while the Mayor was being harassed, he was asked whether he would abolish the police — for which he said no.

Mayor Wheeler’s rejection is similar to Minneapolis Mayor Jacob Frey who was rejected by protestors he tried to join. 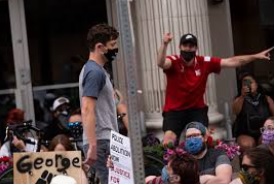 It made front page Fox News 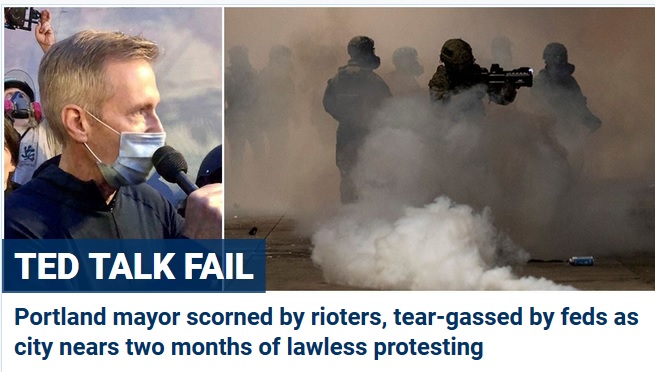