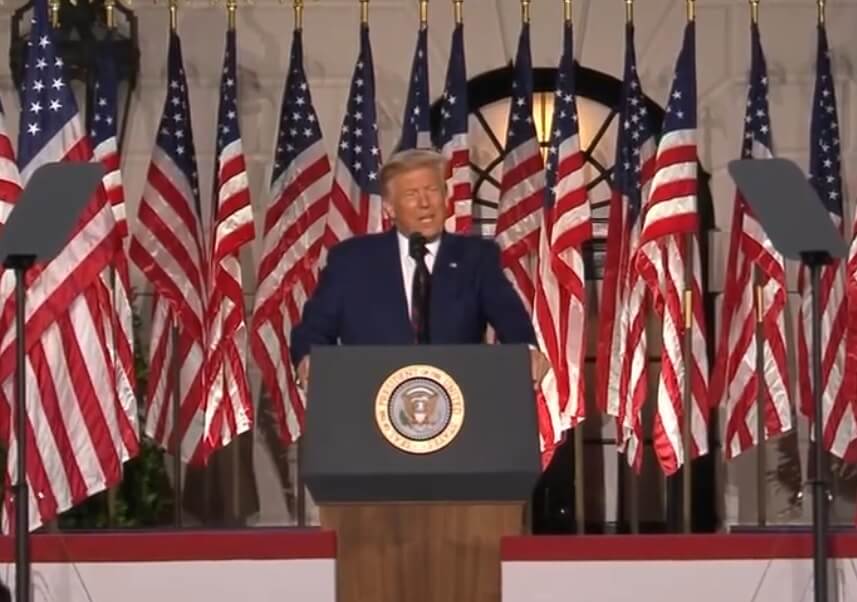 President Trump laid out a magnificent vision for America last night in his acceptance speech for the Republican Party Nomination for President.

Portland & Seattle got several mentions but not in a good way. Still, the Northwest stands to play a key role in the re-election of Donald J Trump.

We have become the poster child for anarchy and lawlessness aided and abetted by liberal elected officials like Ted Wheeler, Kate Brown, Jay Inslee and Seattle’s Jenny Durkan.

Three months ago riots erupted here and these four saw a political advantage.

If we let the rioters burn our cities and hurt our cops, maybe that pushes an aging Joe Biden across the finish line so Kamala Harris can become President

As Ted Wheeler told one of his top aides in July, “we’ve got nothing to lose”

What they forgot, apparently, is that America has always been a “nation of laws and not a nation of men” as John Adams put it more than 200 years ago.

Americans enjoy cities where they don’t have to worry about mob violence.

Joe Biden waited till this week to finally offer up a tepid rejection of that violence.

So American voters have a clear choice.

Vote for Joe from the party of riots, arson & murder

Or vote for President Trump who promises law and order.