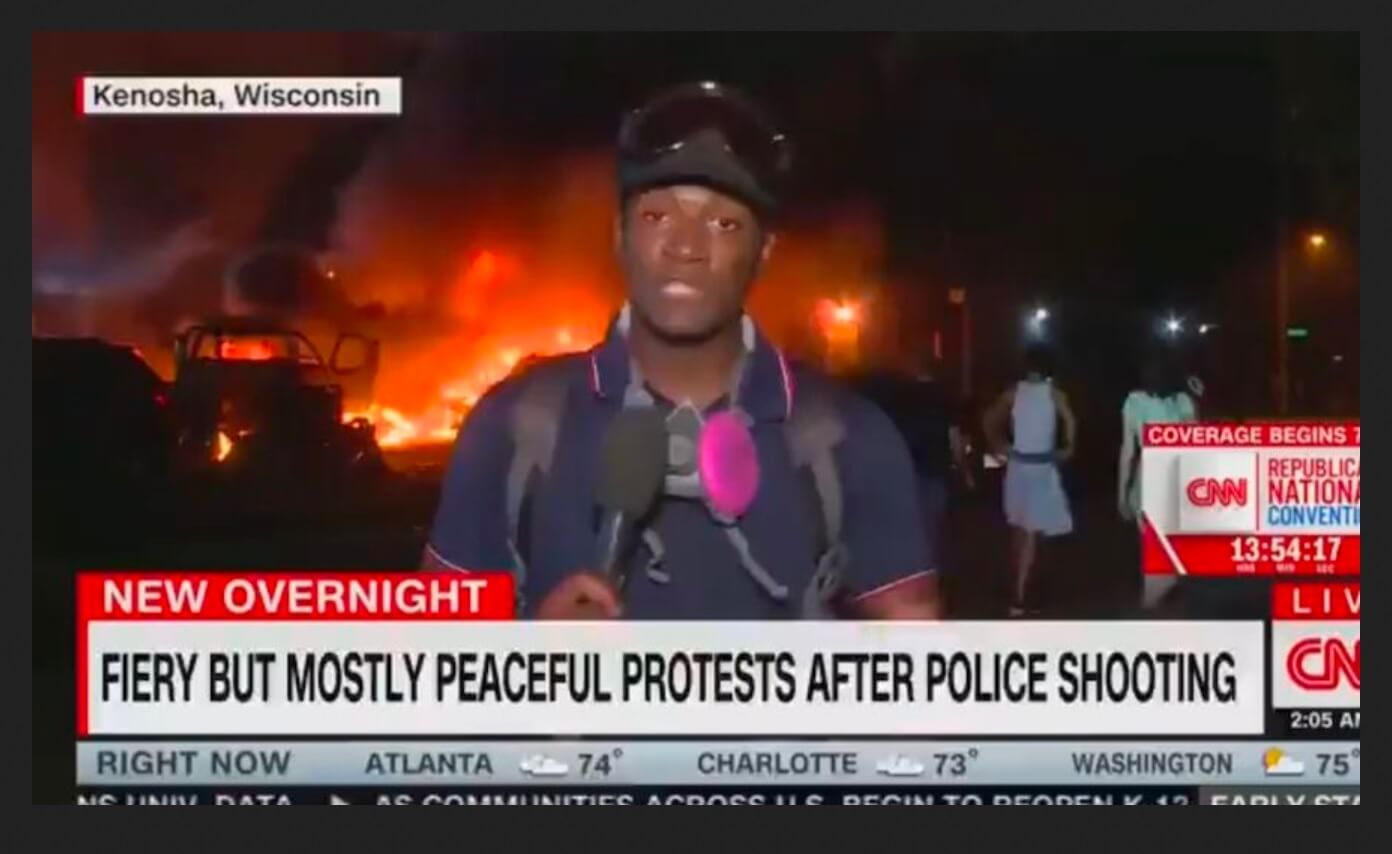 The title bar even betrays what the reporter was saying at the time;

“What you’re seeing is one of multiple locations that have been burning in Kenosha, Wisconsin, over the course of the night, a second night since Jacob Blake was seen shot in the back seven times by a police office,. And what you are seeing now, these images came in stark contrast to what we saw over the course of the daytime hours in Kenosha and into the early evening, which were largely peaceful demonstrations in the face of law enforcement.”