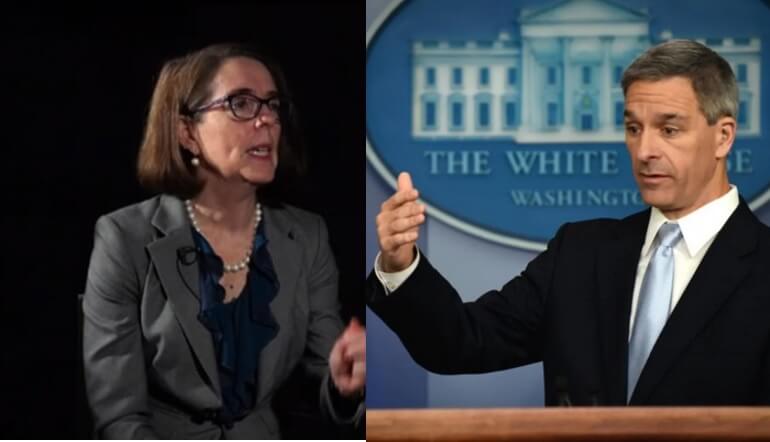 “The tragedy here is this is all controllable if the governor would simply continue to back up, she’s pulled out her state police, the local police and bring in her own National Guard. She has over 7,800 national guardsmen who she refuses to activate to contend with the situation in Portland. Oregon has the resources to solve this problem and yet they refuse to do it.”

Previously Brown did use National Guard during the initial riots immediately following the George Floyd death, but kept them unarmed and not on the front lines as they acted only in a supporting role.  This use came after initially denying Portland Mayor the use of National Guard when he first requested it.

The National Guard was called out to stop the riots in Kenosha, Wisconsin this week.  The Guard was also used in Tennessee, Boston and Los Angeles during the recent riots and unrest.

What is your opinion?