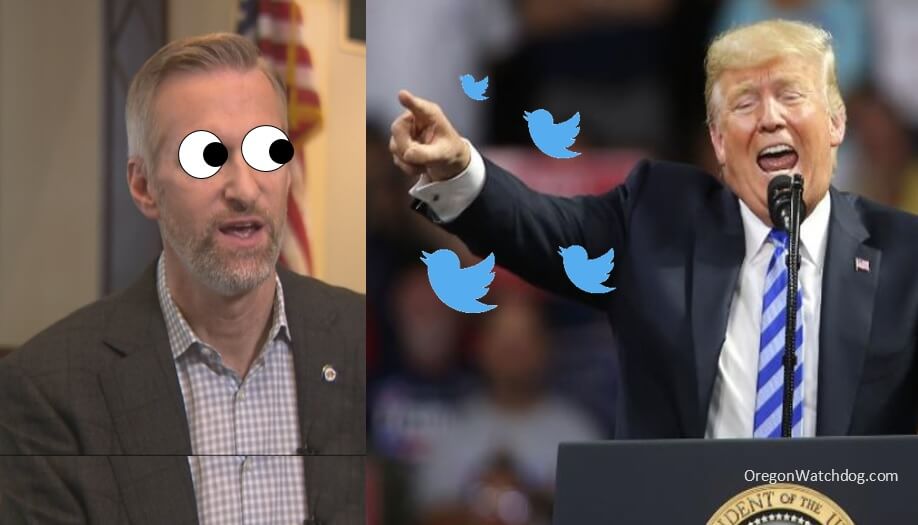 Portland Mayor Ted Wheeler gave a press conference where he blamed President Trump for the shooting death of a Trump supporter this weekend.

“Last night — stoked by a president who has gone out of his way to demonize this city and encourage vigilantism in service to white supremacy and his own fragile ego — armed participants of a pro-Trump caravan terrorized downtown Portland, driving their vehicles and shooting paintballs and pepper spray directly at community members and journalists”

Here is what President Trump said in response: 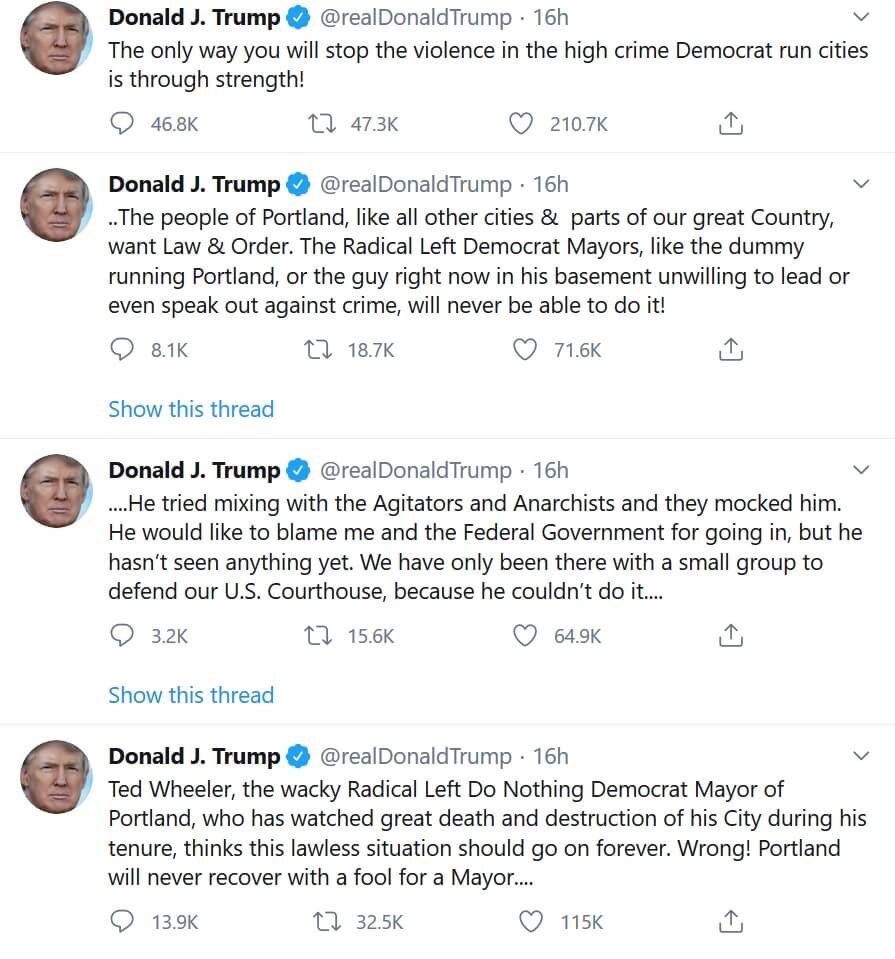 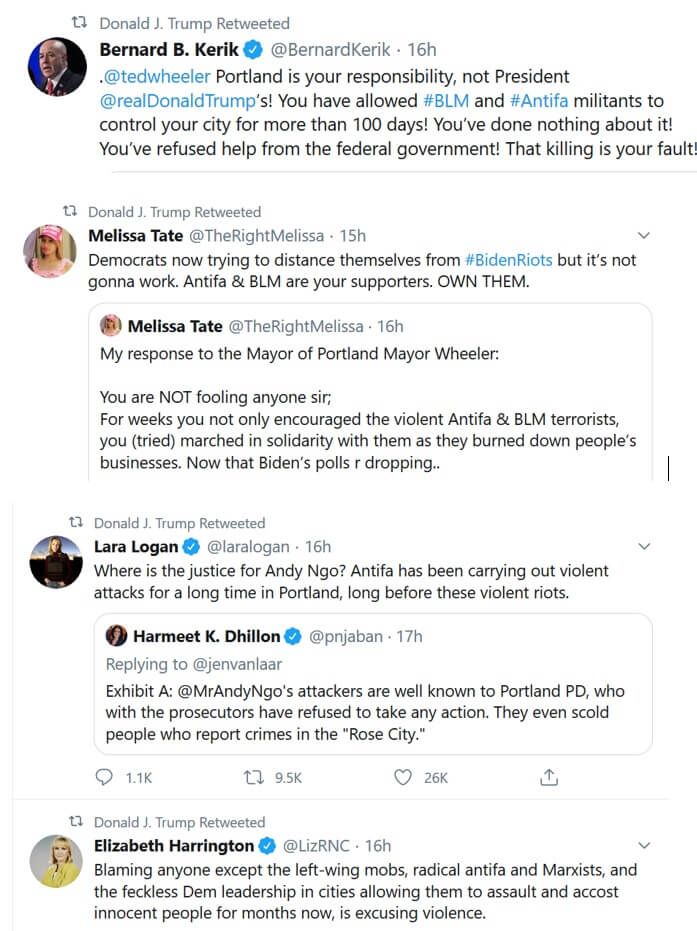