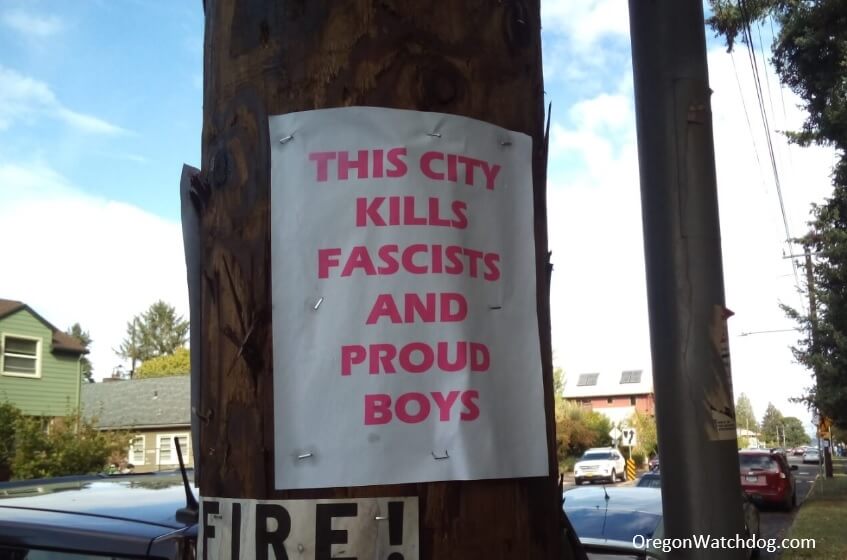 Despite Governor Brown’s Emergency Declaration over protest this weekend, The Taxpayer Association team attended the September 26th anarchist rally in Peninsula Park which was a counter-protest to the Proud Boys rally held at Delta Park.

The rally was peaceful, but there were plenty of death threats signs sprinkled throughout the event. 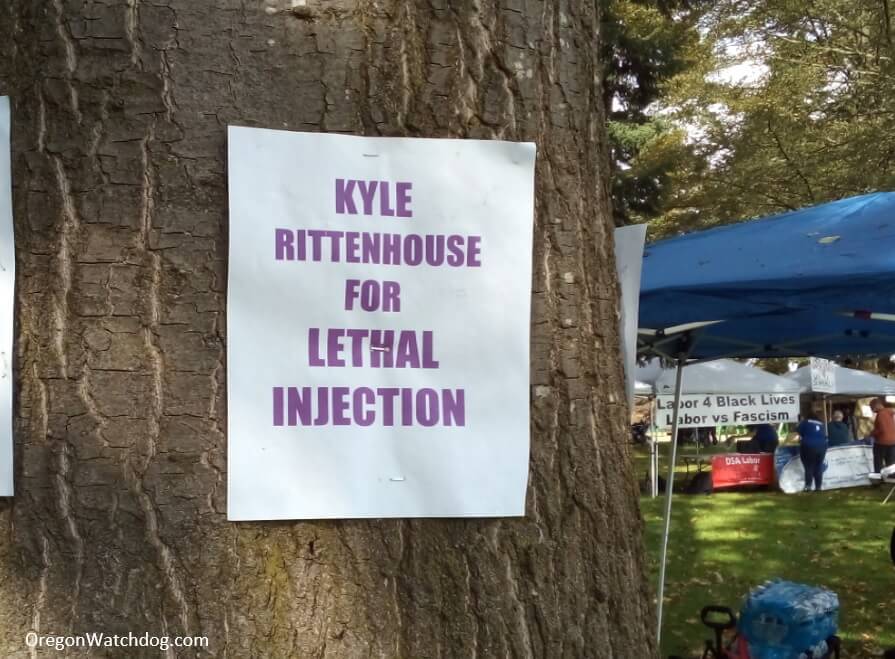 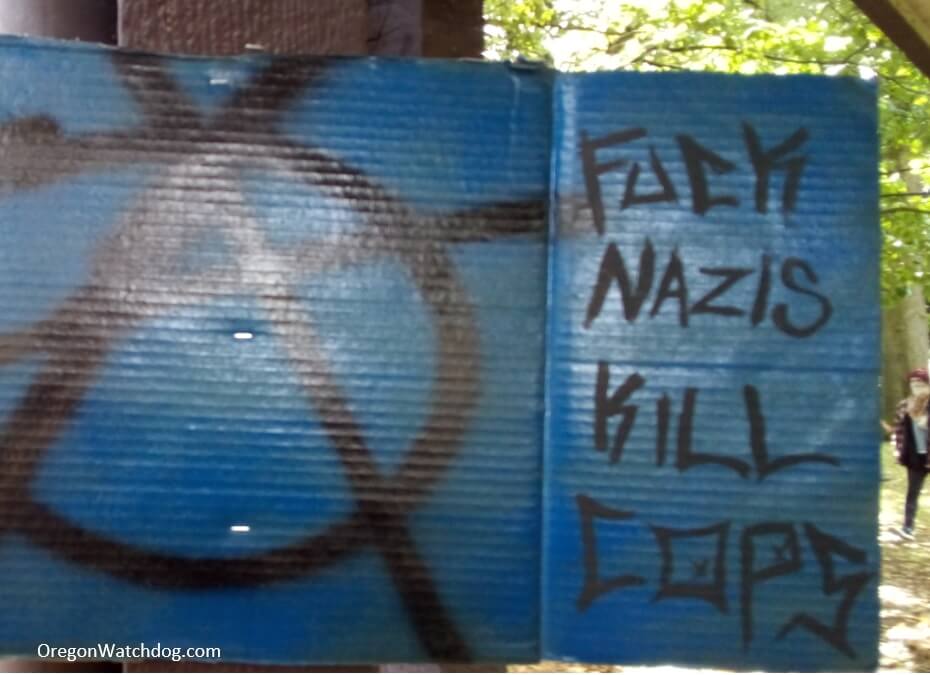 This brochure (at the event) cheered on burning cop cars: 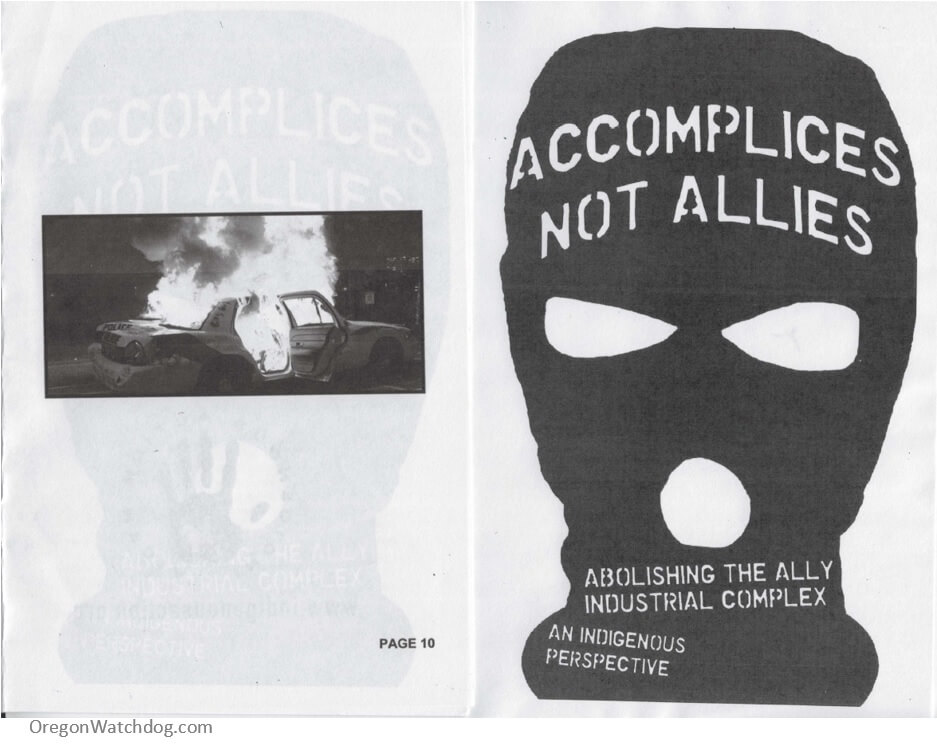 This brochure (at the event) encouraged vandalism of police vehicles 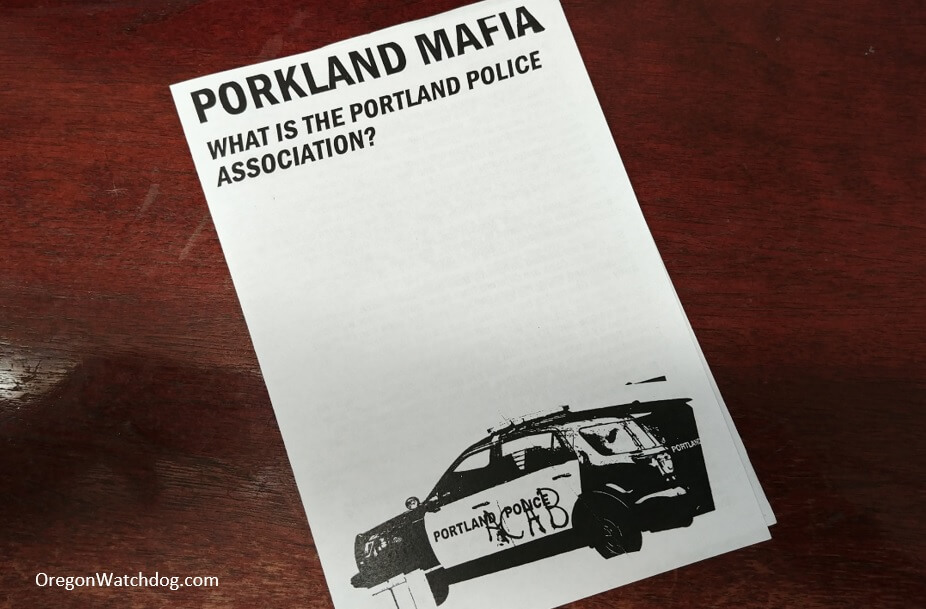 And after they destroy police cars, this flyer (at the rally) calls for their immediate release. 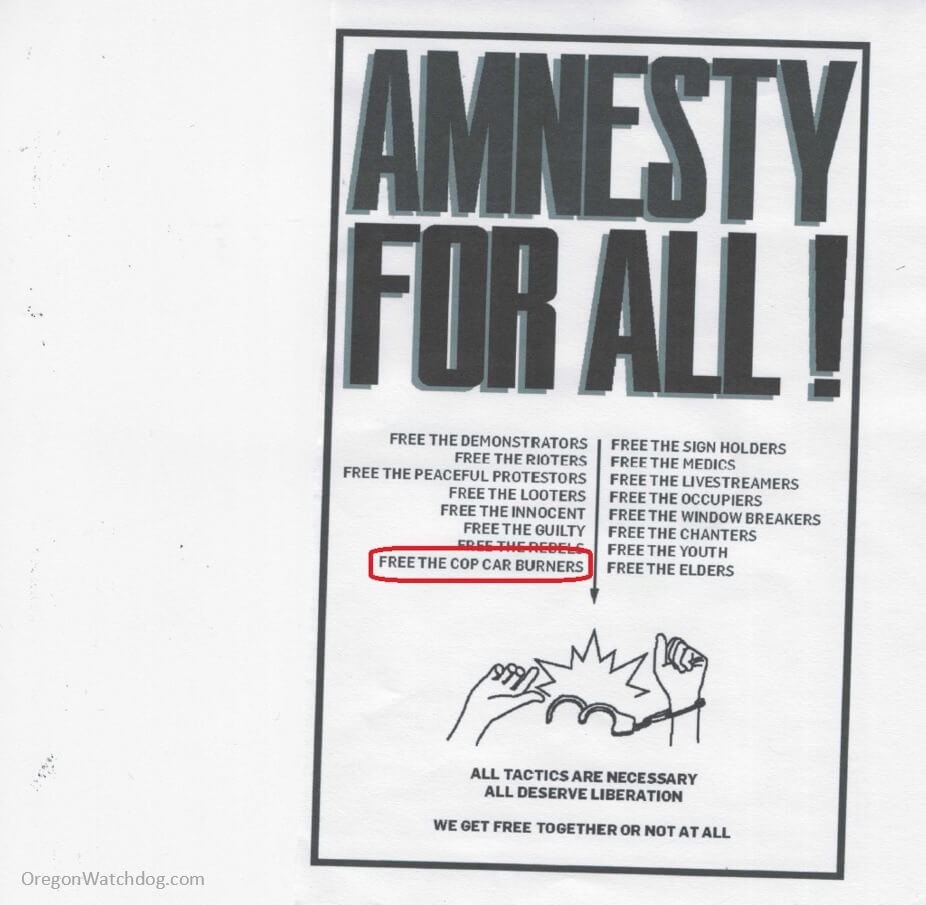 Someone was handing our free soda drinks that came with a note reminding people that police officers are not real people.  Remember, dehumanizing a certain group of people is a trademark precursor to killing them. 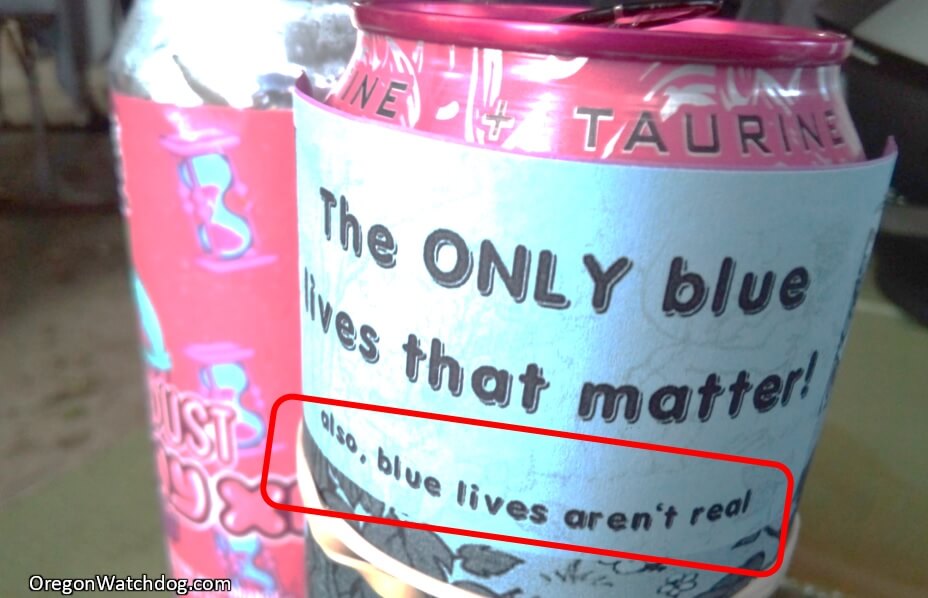 Bonus: The night before, people scrawled “Kill Cops” near the Police Union office not far from the park. 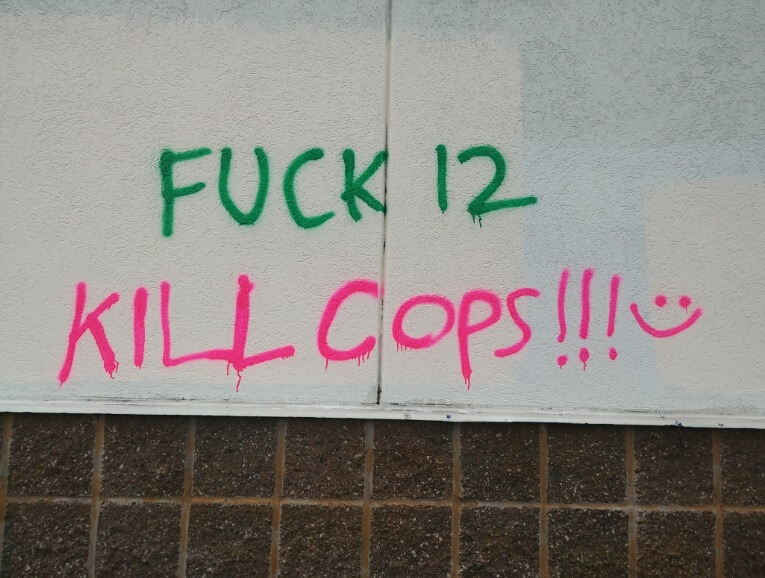 Should we take these multiple death threats seriously?  Absolutely.  The anarchist already beat a man unconscious and murdered another in the past few weeks during their rallies.  Also, a cop car, with officers inside, was rammed twice by another vehicle.   Several times Molotov cocktails were thrown at police officers this month.

And this happened during the rally.

During a traffic stop at Rosa Parks and Missouri in Portland, a Trooper sustained minor injuries after a large rock was throw at his patrol car window.

Any witnesses to this event please call OSP Dispatch at 800-442-0776 or *OSP from your mobile. pic.twitter.com/yd9qX4Fx0o

These anarchist and Antifa protestors are cheer-leading the death of others and it is a precursor to even more deaths if the public continues to tolerate it.